Governor Greg Abbott today joined economic development leaders from across the state at the Texas Governor's Mansion to accept Site Selection Magazine's Governor's Cup Award. This is a record-breaking eighth year in a row that Texas has won this coveted award and the 16th overall win — more than any other state. The award highlights top-performing states for job creation and capital investment. During his remarks, the Governor thanked job creators and economic leaders in every region of the state for investing in Texas' unrivaled workforce, and highlighted the state's growing economic diversity.

“The Lone Star State is the most dynamic economy in the nation — and I am proud to accept the Governor's Cup for the eighth year in a row as a testament to that fact," said Governor Abbott. "Texas' skilled, diverse and ever-expanding workforce drives our booming economy. I want to thank all of our local, regional and statewide economic development teams for their work to expand economic opportunity in Texas, as well as the companies that continue to invest and create more jobs throughout the Lone Star State. And I look forward to another record-breaking year as we continue to foster greater job growth and opportunity in communities large and small all across this great state."

Site Selection Magazine publishes information for expansion-planning decision-makers — CEOs, corporate real estate executives and facility planners, human resource managers and consultants to corporations. It has awarded the Governor’s Cup annually since 1978, based on new and expanded corporate facilities as tracked by the proprietary Conway Projects Database. 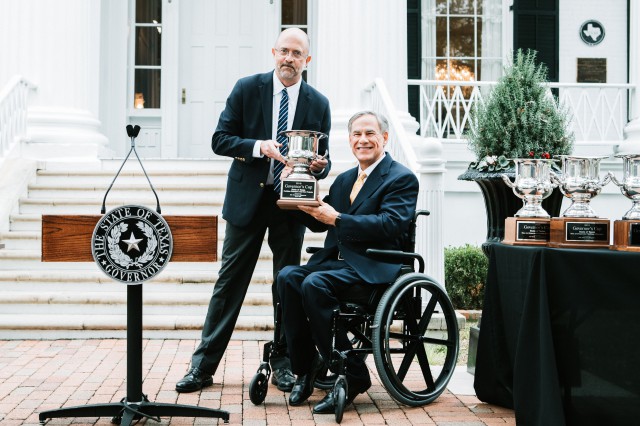