Governor Greg Abbott today attended the valve-opening ceremony of NRG, JX Nippon and Hilcorp’s Petra Nova carbon capture, enhanced oil recovery system. This billion-dollar project is expected to secure smarter, cleaner, more sustainable energy for the future of Texas as well as the United States. During the ceremony Governor Abbott thanked all of the teams involved for their hard work and dedication.

“Everything is bigger in Texas so it is fitting that the largest post-combustion, carbon-capture facility in the world is right here in the Lone Star State,” said Governor Abbott. “Texas has become a global leader in innovation thanks to the pioneering spirits of companies like NRG and JX Nippon who are fueling the next generation of energy production through projects like Petra Nova.”

Petra Nova is the world's largest post-combustion carbon capture facility installed on an existing coal-fueled power plant. This new technology utilizes a proven carbon capture process that has the potential to enhance the long-term viability and sustainability of coal-fueled power plants across the U.S. and around the world. This 50/50 joint venture between NRG and JX Nippon Oil & Gas Exploration is expected that oil production will be boosted from around 300 barrels per day today to up to 15,000 barrels per day while also sequestering CO2 underground. 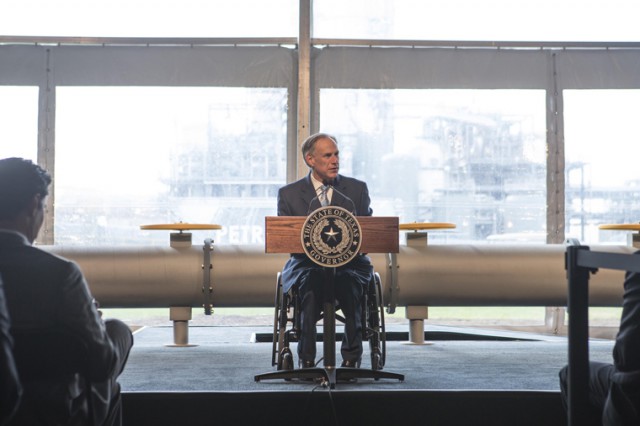