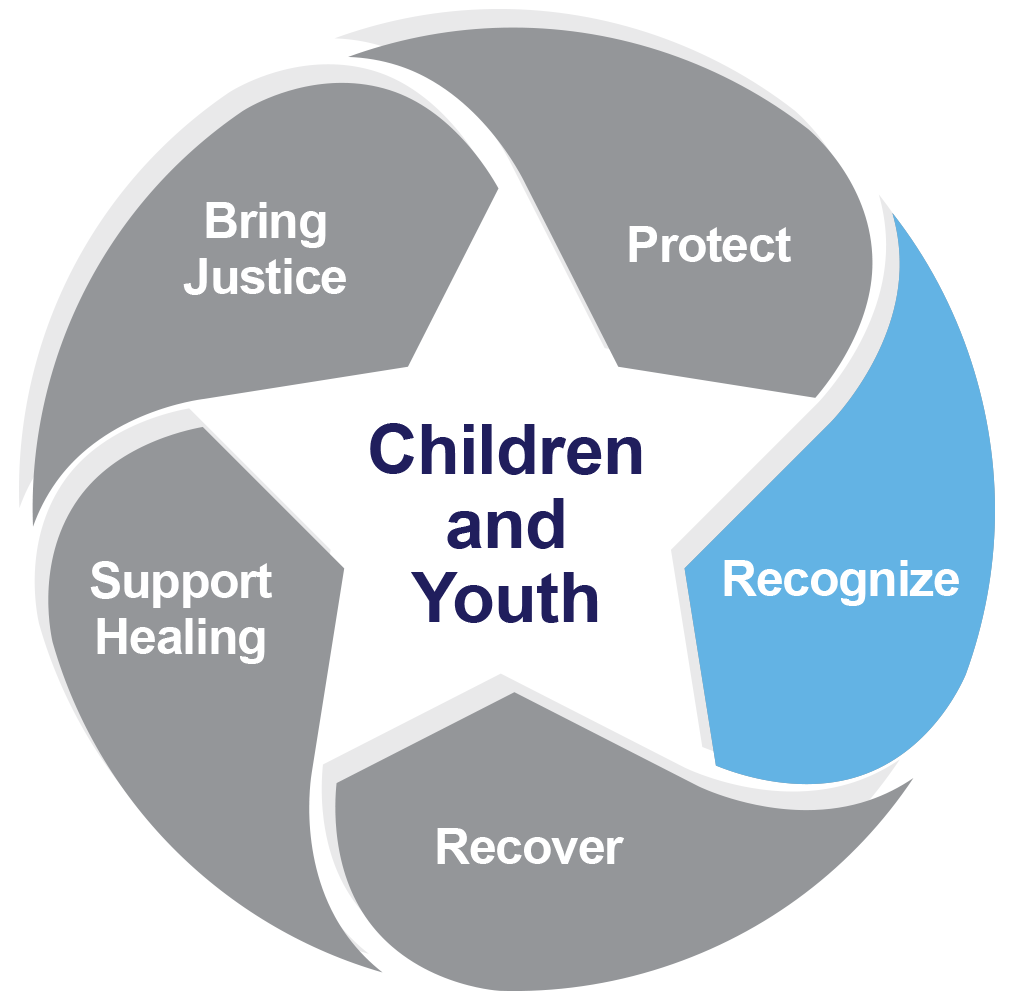 Victims of child sex trafficking are often hiding in plain sight — held prisoner by fear, shame and the trauma bonds that their traffickers create to manipulate and control them. Many victims do not even realize that they are victims; they believe what their exploiters tell them — that they are willing participants in the abuse.

CSTT strives to educate the public about the indicators of trafficking so that victims are identified earlier and more often by:

Be the One in the Fight Against Human Trafficking is a training video from the Office of the Attorney General. This film uses actual cases prosecuted in Texas to educate viewers about the realities of this heinous crime and equip them with the tools to recognize red flags and respond appropriately.

Knowing that every Texan has the ability to “be the one” to help another person escape from trafficking, Governor Abbott requires all employees in his office to view this video and has challenged all state agencies to do the same.

Programs Supported by Grants from the Office of the Governor

2. To report the sexual exploitation of a child, call the toll-free National Human Trafficking Hotline at
1-888-373-7888. Available 24/7 and confidential