Governor Greg Abbott today issued a proclamation in recognition of 75 years of India's independence, which will be observed on Sunday, August 15th. Governor Abbott signed the proclamation at a celebration ahead of Indian Independence Day where he was joined by Consul General of India Aseem Mahajan.

The Governor also announced that the Governor's Mansion will be lit orange and green on Sunday, Indian Independence Day, to commemorate the 75th anniversary.

"After generations of subjugation under British rule and a long campaign of nonviolent protests led by Mahatma Gandhi, the 1947 Indian Independence Act ushered in a new age of freedom for the people of India," reads the Governor's proclamation. "Across Texas, communities of Indian immigrants and Americans of Indian descent have long called our state home and have played an important role in making Texas the best place to live, work, and raise a family. I have no doubt that this global partnership will continue to ensure the future successes of our people for generations to come. First Lady Cecilia Abbott joins me in wishing the best to all on this momentous occasion." 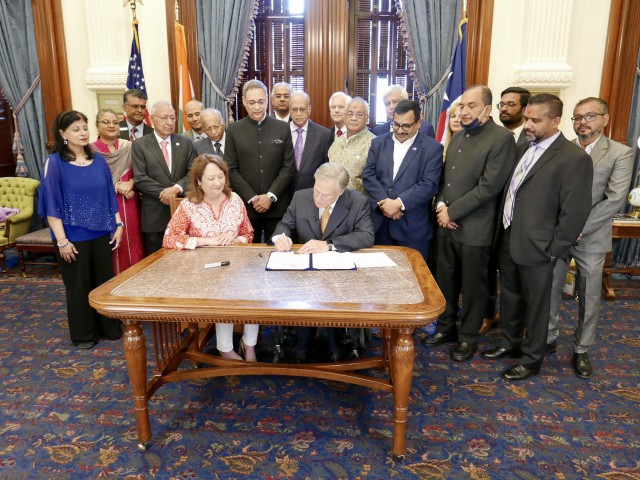