Governor Greg Abbott today traveled to Southeast Texas to survey the damage from Hurricane Laura and meet with local officials. The Governor also held a press conference in Orange, where he provided an update on response and recovery efforts in the area. Governor Abbott commended the Southeast Texas community for evacuating ahead of the storm, as this minimized the loss of life and severe safety concerns, and urged Texans to remain vigilant against flash flooding, and potential river flooding.

"While we are grateful that the damage of Hurricane Laura was far less severe than expected, many communities in Southeast Texas have experienced significant damage from this storm — and the State of Texas is already initiating recovery efforts and ensuring these communities have the support they need to rebuild," said Governor Abbott. "I am thankful for the proactive leadership by local officials and for the way Texans in the region took action to protect themselves and their families by evacuating ahead of the storm. I urge those affected by the storm to continue to pay attention to the direction of local officials as they seek to return to their homes.”

Hurricane Laura made landfall in the middle of the night as a Category 4 hurricane. Tree damage has been reported in Jefferson, Hardin, and Orange counties. Orange County has also reported structural damage. Recovery efforts are already underway in the areas hardest hit by Hurricane Laura. Several state agencies are in the affected area to provide search and rescue capabilities, if needed. They are in communication with local leaders, but there are no search and rescue requests at this time.

A number of medical resources were deployed ahead of the storm and remain in affected areas to assist in recovery efforts. Over 350 Emergency Medical Task Force Members are currently deployed, and over 144 hurricane evacuation missions have been conducted.

Texans who have been affected by Hurricane Laura can visit gov.texas.gov/hurricane for resources and more information. 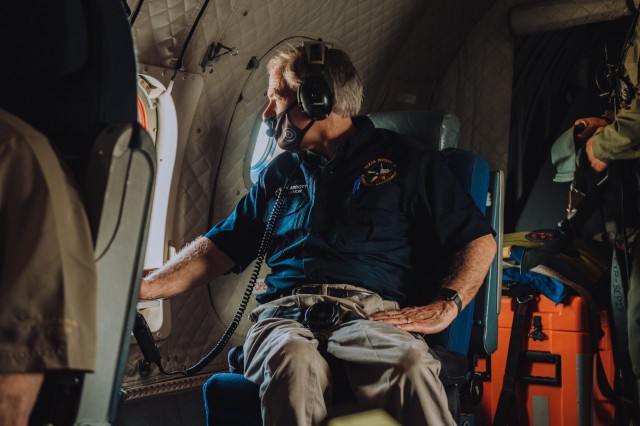