Since the launch of Operation Lone Star, the multi-agency effort has led to over 328,000 migrant apprehensions and more than 22,100 criminal arrests, with more than 19,600 felony charges reported. In the fight against fentanyl, DPS has seized over 353 million lethal doses of fentanyl during this border mission.

On Thursday, Governor Abbott toured the University of Houston fentanyl vaccine lab to highlight the groundbreaking research that has the potential to save millions of innocent lives from fentanyl poisonings and addiction. With President Biden's open border policies inviting a flood of illegal drugs across the border, Texas continues leading the fight against deadly fentanyl.

"This incredible, groundbreaking new therapy has the potential to revolutionize how we combat fentanyl deaths in our communities and end the afflictions of addiction that burden so many innocent Texans and Americans across the country," said Governor Abbott.

During a press conference following the tour, Governor Abbott detailed the decisive actions taken by the State of Texas to combat the growing national fentanyl crisis, including designating Mexican drug cartels as a terrorist organizations, signing legislation into law that makes it a felony to make or distribute fentanyl, and launching the "One Pill Kills" campaign to raise awareness of this deadly drug across the state.

The Texas National Guard deployed 10 M113 armored personnel carriers to the Texas-Mexico border to fight back against record-breaking illegal immigration and transnational criminal activity. The personnel carriers are being trucked to security points along the border to enhance protection amid increasing cartel-driven criminal activity. The lifting of Title 42 later this month could lead to a massive influx of illegal immigrants, allowing criminals to further exploit gaps where federal authorities are inundated with migrant processing.

DPS Lt. Chris Olivarez joined Fox News to discuss the potential ramifications of ending Title 42 on future border security efforts. With the end of the policy looming later this month, DPS is expecting to see double or even triple the current numbers of illegal crossings and the continued smuggling of drugs across the border.

“With Title 42 in place, that’s really the only policy we have to sustain the situation we’re seeing on the border, but right now that’s hanging by a thread,” said Lt. Olivarez. “We’re going to have to deploy more state resources now to fill in those gaps amid the surge of illegal immigrants we’re expecting. The cartels and the criminals know now that with Title 42 gone, that’s just more money in their pockets because they’re going to take full advantage of the situation, exploit that, and profit off these illegal immigrants.”

Fox News contributor Sara Carter joined Sean Hannity after embedding with DPS in Brooks County and witnessing a human smuggling bust. DPS and local law enforcement have been seeing an increase in human smuggling in the area, with vehicle crashes frequently reported during high-speed pursuits of smugglers.

“If there are illegal immigrants who have made it to this area, they have already bypassed the checkpoint and are trying to make it further into the interior, not just into the state of Texas but out of state,” said Lt. Olivarez. “We have to chase them through ranches, running through trees, brush, and thorns. It’s not an easy task, but it all goes back to what the state is doing and what the federal government is not doing. We’re the ones who are out here trying to make an impact and go after these criminal organizations while the federal government is ignoring the situation on the border.”

During a search of the property, agents located dozens more illegal immigrants hidden inside a cargo container. The semi-trailer had been reported stolen by the Laredo Police Department. The illegal immigrants include 35 males, 10 females, and eight juveniles from Mexico, Guatemala, and El Salvador. All were referred to Border Patrol. CID special agents are investigating this case further.

DPS seized more than 45 pounds of cocaine after a trooper conducted a commercial motor vehicle safety inspection in Hidalgo. The trooper stopped a blue Kenworth semi-trailer on U.S. 281 for an inspection when it was determined the driver was operating the vehicle with a canceled commercial driver’s license. Further discrepancies within the vehicle were observed, and a K-9 was requested.

After a positive K-9 alert, 17 tape-wrapped packages weighing 45 pounds were discovered containing a powdery substance verified as cocaine. The 27-year-old driver from Pharr was arrested and charged with felony possession of a controlled substance and transported to the Hidalgo County Jail. The drugs have an estimated street value of more than half-a-million dollars.

A human smuggler led DPS troopers on a high-speed vehicle pursuit in Hidalgo County. During the pursuit, several illegal immigrants bailed out as the driver kept driving. He was eventually stopped after troopers deployed a tire deflation device. The driver was charged with human smuggling and evading arrest. 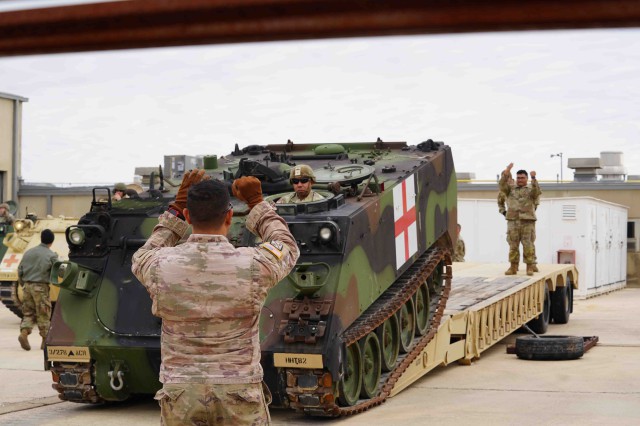