Governor Greg Abbott today signed Senate Bill 6 (SB 6), which will reform and restrict the municipal annexation process. Under the new law, authored by Sen. Donna Campbell and Rep. Dan Huberty, Texans will now be able to vote on whether a city can annex areas outside of its limits. This legislation was a key priority for the Governor during the special session, and with its passage, Texans will now have a voice when it comes to the annexation practices of local governments.

Residents from across the state that have expressed their concerns about feeling abused by the annexation process have had their voices heard. I’m proud to sign legislation ending forced annexation practices, which is nothing more than a form of taxation without representation, and I thank the legislature for their attention to this important issue during the special session. 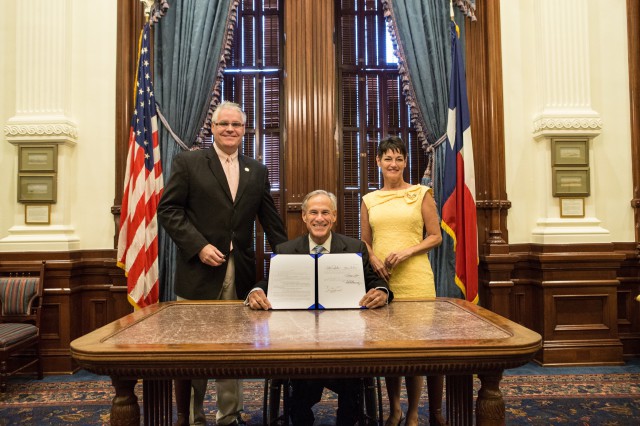