Governor Greg Abbott today announced that nominations for the 2019 Star of Texas Awards, which honor peace officers, firefighters, and emergency medical first responders who were seriously injured or killed in the line of duty, are now open. Nominations must be submitted to the Governor's Office by June 15, 2019.

“Each year, the State of Texas takes pride in recognizing our exemplary peace officers, firefighters, and emergency medical first responders,” said Governor Abbott. "This past year has undoubtedly tested our resilience, but the Texas spirit remains stronger than ever, and that is in-part due to the incredible work of the men and women in uniform serving their communities. These awards allow us to recognize and celebrate those who put their lives on the line every day to keep us safe."

To be eligible for the 2019 award, the critical incident must have occurred between September 1, 2003 and June 15, 2019, and the first responder must not have previously received a Star of Texas Award. 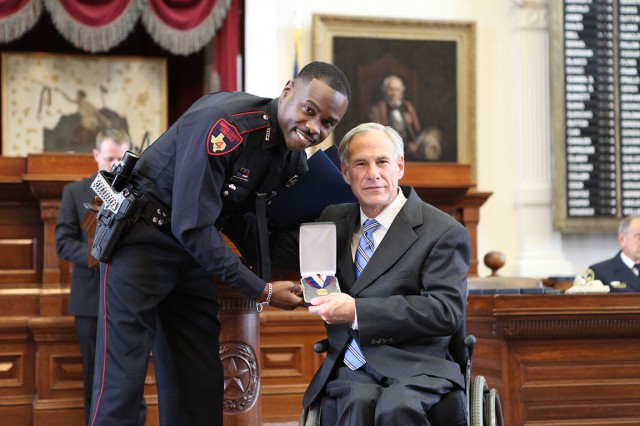