"Texas is proud to be the nation's number one exporting state for 20 years in a row, and we're beating our competitors in other states because of the efficiency and effectiveness of Port Houston," said Governor Abbott. "Texas' economy is booming, but our state—and Port Houston—could unleash its full economic potential if the federal government would get out of the way and rollback unnecessary regulations. I am proud to be in Houston today to continue working with energy industry leaders so that we may protect millions of jobs supported by our state's mighty energy industry and beyond."

Following a roundtable discussion with energy industry leaders at the Port of Houston, Governor Abbott touted Texas' continued dominance in U.S. exports and highlighted Port Houston and its many companies' significant role in achieving that distinction. The Governor also emphasized that despite the federal government's threats against the oil and gas industry, he will maintain Texas’ comprehensive support of the industry to ensure millions of hardworking Texans can keep their good-paying jobs. These efforts will allow Texas' energy sector to unleash its full economic potential. 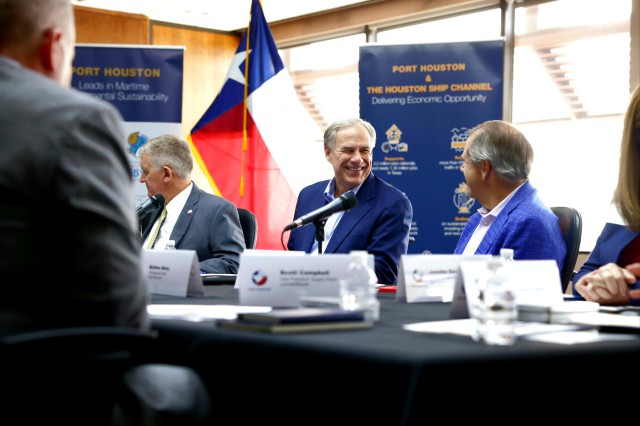