Governor Greg Abbott today swore-in Supreme Court of Texas Justice Rebeca Huddle during her investiture ceremony at the State Capitol. Huddle will replace Justice Paul Green on the bench, who retired in August of 2020.

"Rebeca's strong work ethic and keen legal mind will be an asset to the Supreme Court of Texas, and I am confident that she will uphold the Constitution and work to ensure a fair and impartial justice system for all Texans," said Governor Abbott. "A first-generation American with an accomplished career in private practice and public service, Rebeca embodies the spirit of Texas and inspires all of us to work hard and achieve our dreams. I am proud to swear-in Rebeca to the Supreme Court of Texas and look forward to seeing all that she will accomplish in this new chapter."

Governor Abbott appointed Rebeca Huddle to the Texas Supreme Court in October 2020. Huddle was born and raised in El Paso, Texas. She received her undergraduate degree from Stanford University and her law degree from the University of Texas at Austin. Huddle previously served as a Justice on the First Court of Appeals in Houston from 2011 to 2017, having won re-election in 2012 after her initial appointment. She also has extensive experience in private practice as a litigation attorney at Baker Botts, and previously served as the firmwide co-chair of its commercial litigation practice group. 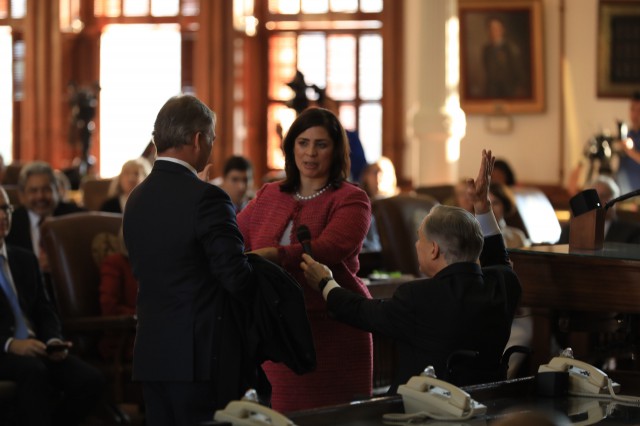