“Fentanyl is killing innocent Texans, with well over a thousand lives lost from communities across our state due to the pervasiveness of deadly synthetic opioids,” said Governor Abbott. “This clandestine killer is produced and distributed by Mexican drug cartels, which cunningly disguise fentanyl to look like legitimate prescription medications, and even candy to appeal to children. Fentanyl is the single deadliest drug our nation has ever encountered, and it’s a byproduct of President Biden’s open border policies. Texas is taking action by seizing enough fentanyl to kill every man, woman, and child in America, but we must all do our part to combat this deadly scourge.”

In addition to the statewide “One Pill Kills” campaign, Governor Abbott announced new laws to be considered next legislative session that would classify fentanyl as a poisoning, allow charging an individual for murder if they distribute fentanyl or drugs laced with fentanyl that kill someone, and make NARCAN more readily available across the state for Texans exposed to fentanyl.

Last year, almost 1,700 Texans lost their lives because of fentanyl. Fentanyl is the number one cause of death in Americans between the ages of 18 and 45, with more than 75,000 Americans dying as a result of fentanyl-related poisonings from February 2021 to February 2022. In the past year, Texas law enforcement alone has seized over 342 million lethal doses of fentanyl—enough to kill every man, woman, and child in the United States. 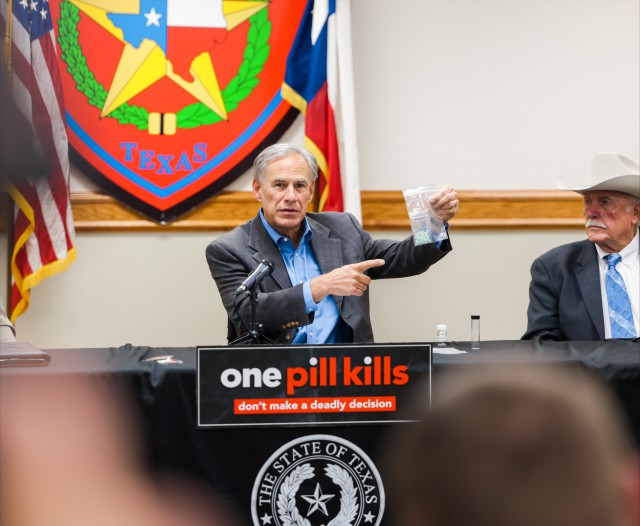