“Fentanyl is a clandestine killer, and Texans are falling victim to the Mexican cartels that are producing it,” said Governor Abbott. “Cartels are terrorists, and it’s time we treated them that way. In fact, more Americans died from fentanyl poisoning in the past year than all terrorist attacks across the globe in the past 100 years. In order to save our country, particularly our next generation, we must do more to get fentanyl off our streets.”

Governor Abbott also directed DPS and law enforcement agencies to identify Texas gangs that support Mexican drug cartels and seize their assets in order to disrupt cartel networks operating in Texas communities, as thousands of Texans have been poisoned unwittingly by counterfeit pills laced with the deadly synthetic opioid.

With Mexican drug cartels disguising fentanyl as counterfeit pills and targeting children with “rainbow fentanyl” pills, the Governor emphasizes in his letter that immediate decisive action is needed from the Biden Administration to combat this deadly crisis impacting the nation.

Yesterday, the Governor sent a letter to state agency leaders directing them to ramp up efforts to combat the fentanyl crisis by preparing for the next legislative session with statutory changes, budget priorities, and other initiatives that will enhance Texas’ ability to combat fentanyl deaths across the state. The letter further directs state agencies to coordinate efforts to raise awareness of fentanyl’s lethality and prevalence. 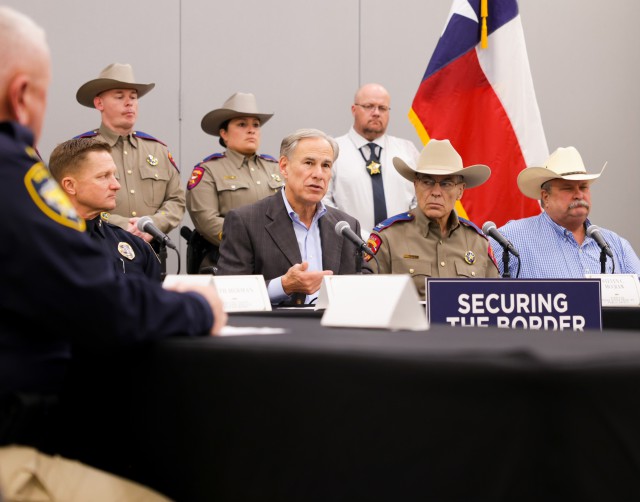