Governor Greg Abbott today visited Kingwood, Texas where he took an aerial tour to survey damage along the San Jacinto River, and met with community leaders and elected officials to discuss Hurricane Harvey recovery and flood prevention efforts. During the meeting, the Governor announced new actions Texas will be taking to help prevent future flooding in communities like Kingwood.

"It has been a trying time for this community as we work through the aftermath of Hurricane Harvey," said Governor Abbott. "I want to assure all Texans that I am committed to working with the federal government and local officials to protect life and property from uncontrolled flood waters. I thank these local leaders for all they have done in their communities, and I want to assure them that we will continue working to make Texas more resilient to future flood events."

During the meeting the Governor announced a number of important and specific steps Texas will be taking to help prevent future flooding. These actions include: 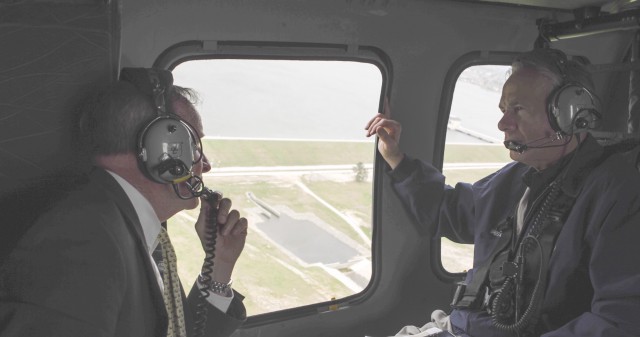