May 23 - 26, 1995 | Nearly 10 years after wrapping Lonesome Dove, Texas cast & crew would be back in the southwest region of the state for an entirely different western: John Sayles' modern mystery feature Lone Star. A great many different groups of people came together in Eagle Pass to produce the Oscar-nominated production. 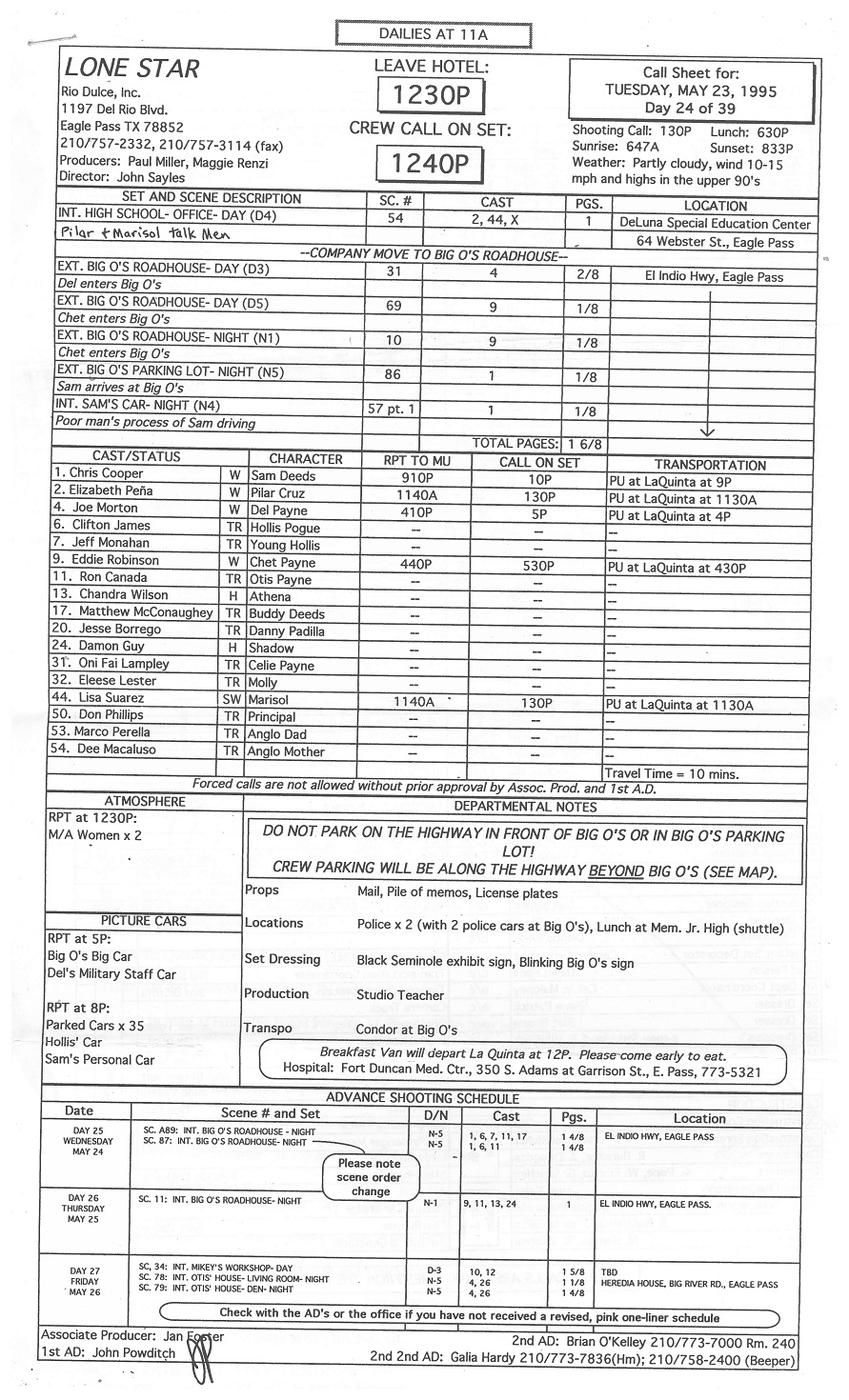 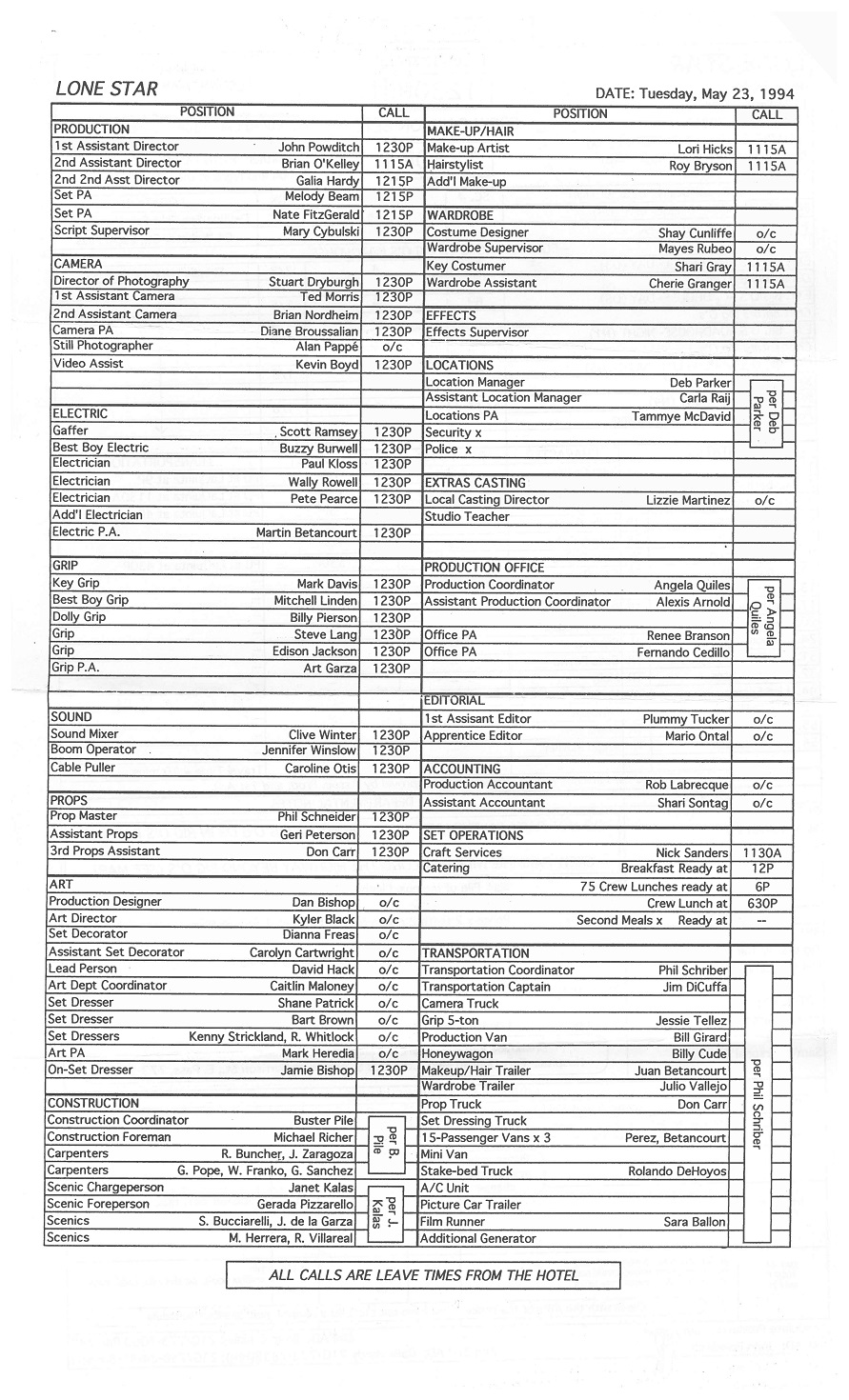 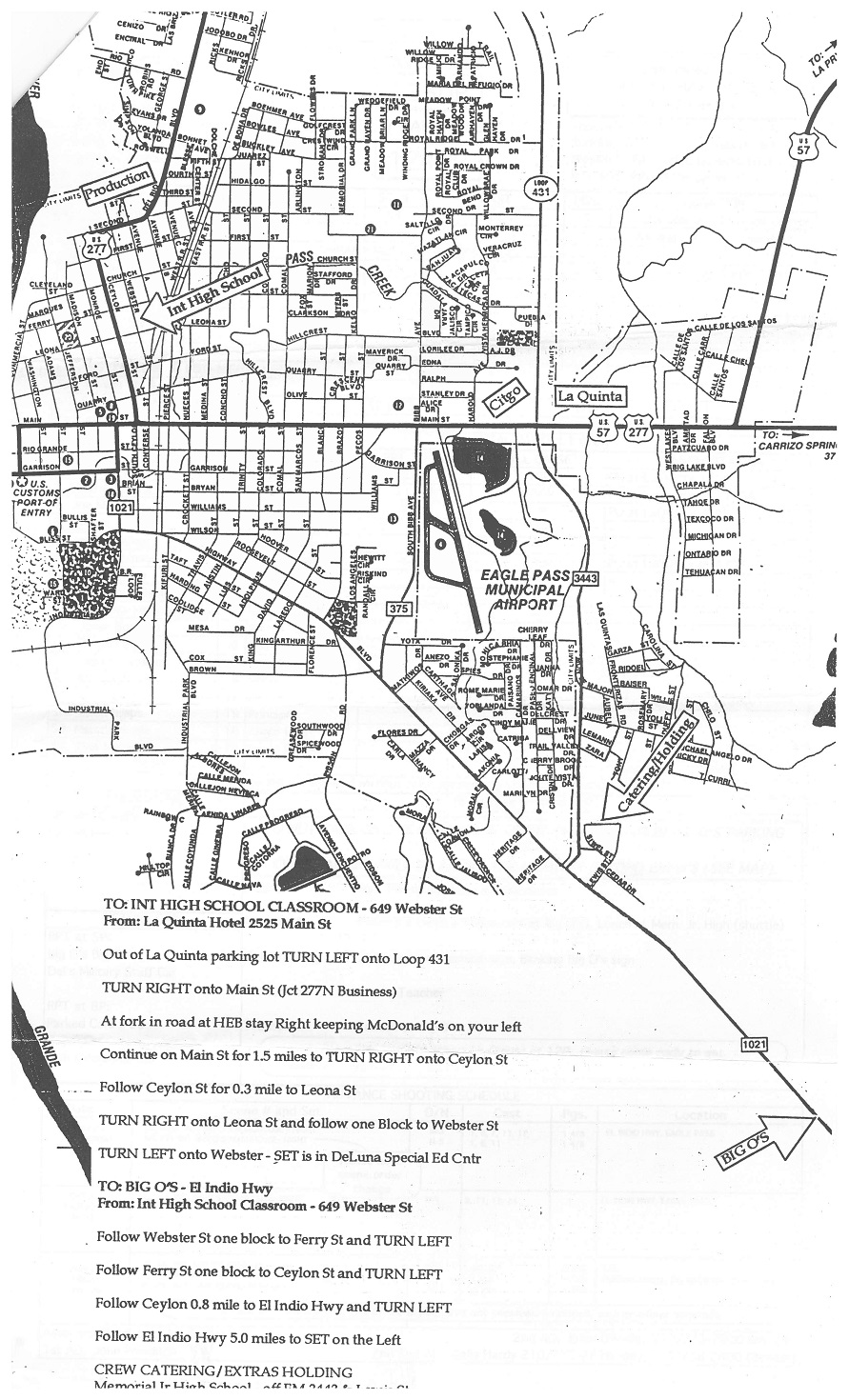 The call sheet gives a glimpse of the three-day production in May including the notable list of actors (featuring Chris Cooper and Elizabeth Peña, among others), as well as the dozens of Texas crew that made up the the various departments including grip, electric, construction, make-up/hair and more. The final page even includes a printed map (remember those?) to local institutions in Eagle Pass where filming took place on-location. 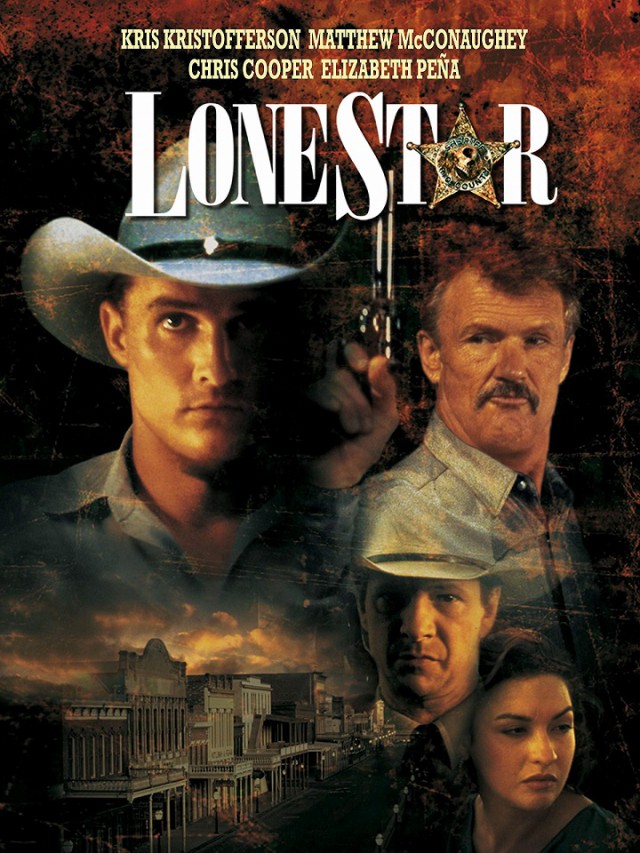