On Location with ‘True Stories’

July 3, 1984 | Some things never change. In the fall of 1985, Talking Heads front man David Byrne would bring his feature debut production True Stories to film in Texas, but the Texas Film Commission was involved long before that. The photos below offer a peek behind the curtain and into one of the resources still requested from our office more than almost any other today – location services. 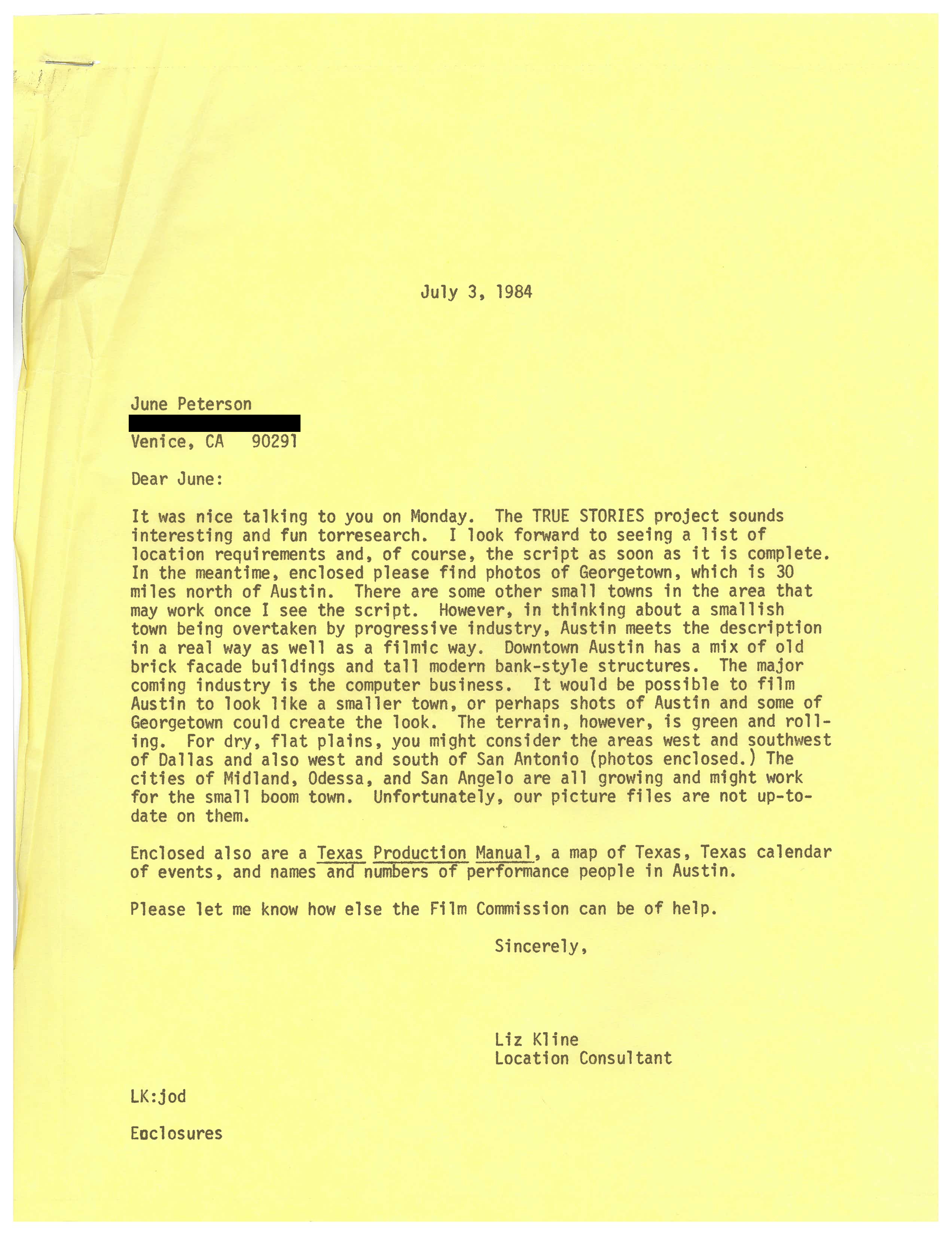 In response to the production’s need for “a smallish town being overtaken by progressive industry,” TFC Location Consultant Liz Klein put forth Austin and Georgetown as her chief recommendations, while also pointing to areas outside of Dallas & San Antonio, as well as Midland, Odessa and San Angelo. Ultimately, the production opted for the Dallas area and filmed in Allen, Dallas, Irving, McKinney, Mesquite, Red Oak & Waxahachie. 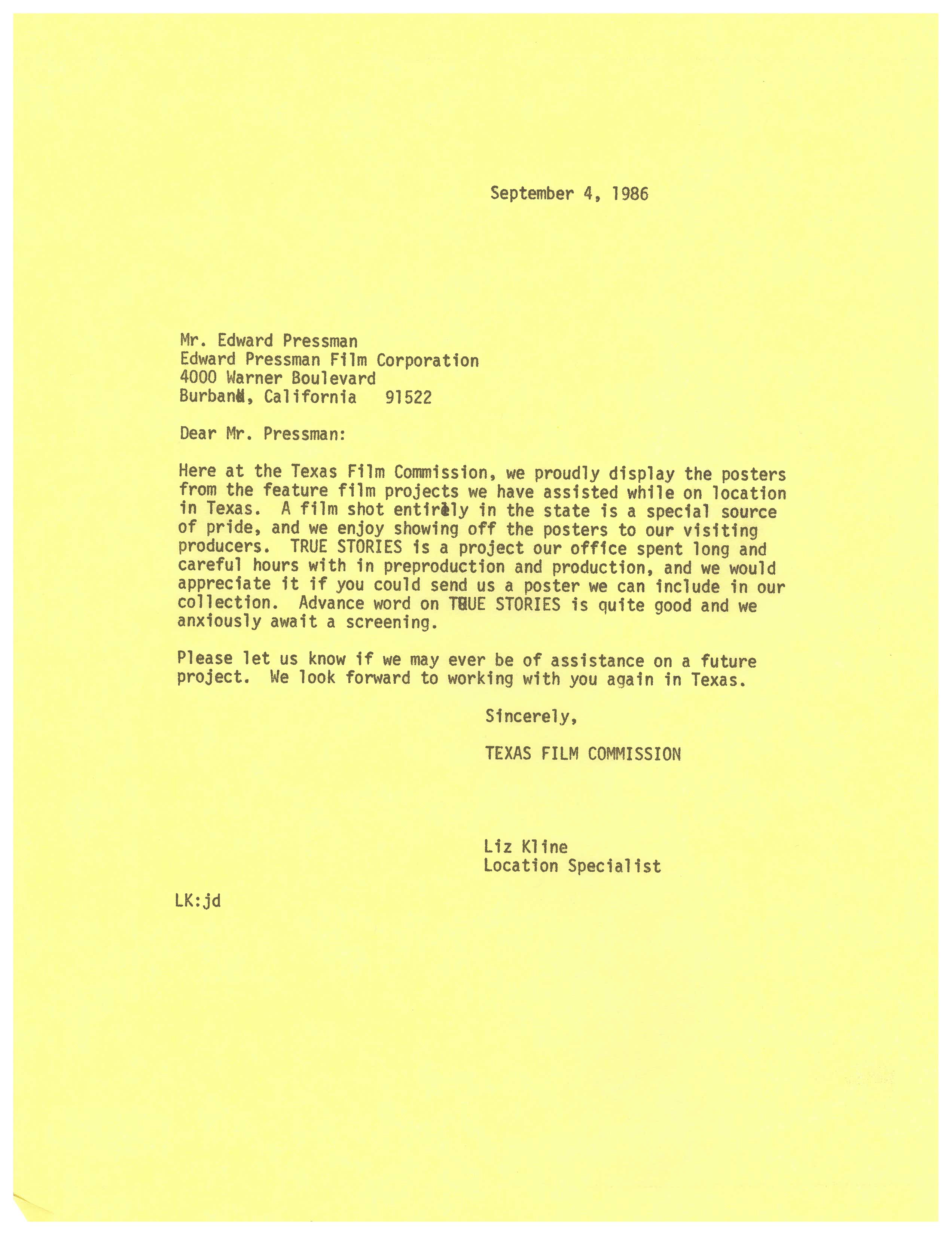 Sep. 4, 1986 | After the production wrapped, Liz reached out to executive producer Edward Pressman for a True Stories poster to display in the office, something we might be able to show off to visiting producers as a tangible symbol of the affection we hold for all the productions which take place in Texas. Much like our location services, this is a practice still in effect today. As Byrne himself might say: “Same as it ever was. Same as it ever was.” 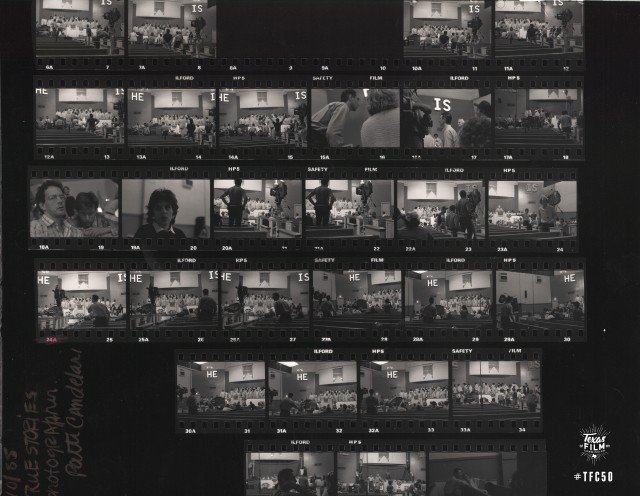