February 17, 1998 | In addition to the film, television, and video game industries, the Texas commercial production sector thrived in the 1990's.  Commercial production companies and advertising agencies from across the United States come to Texas for its varied locations and talented crew base. 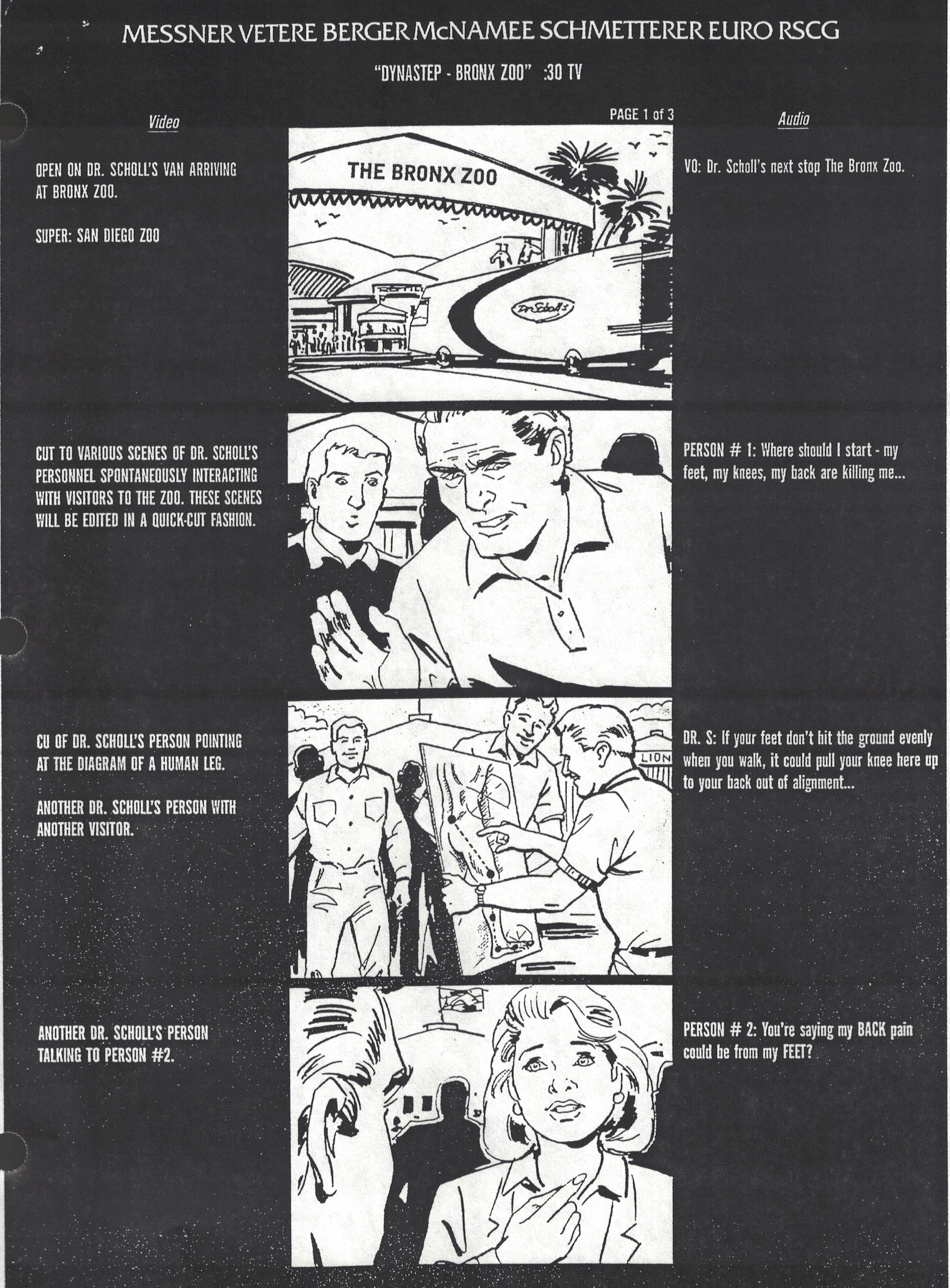 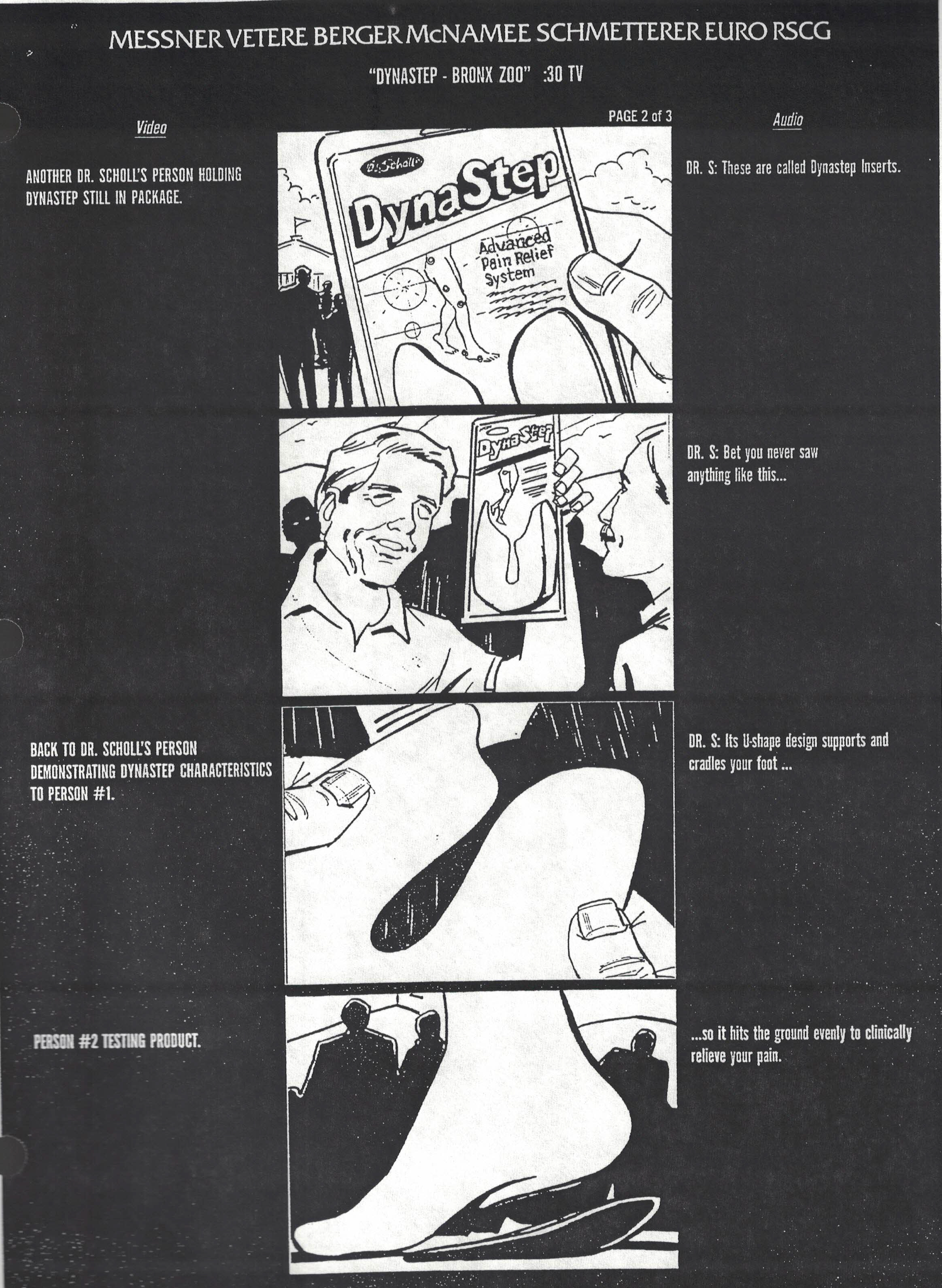 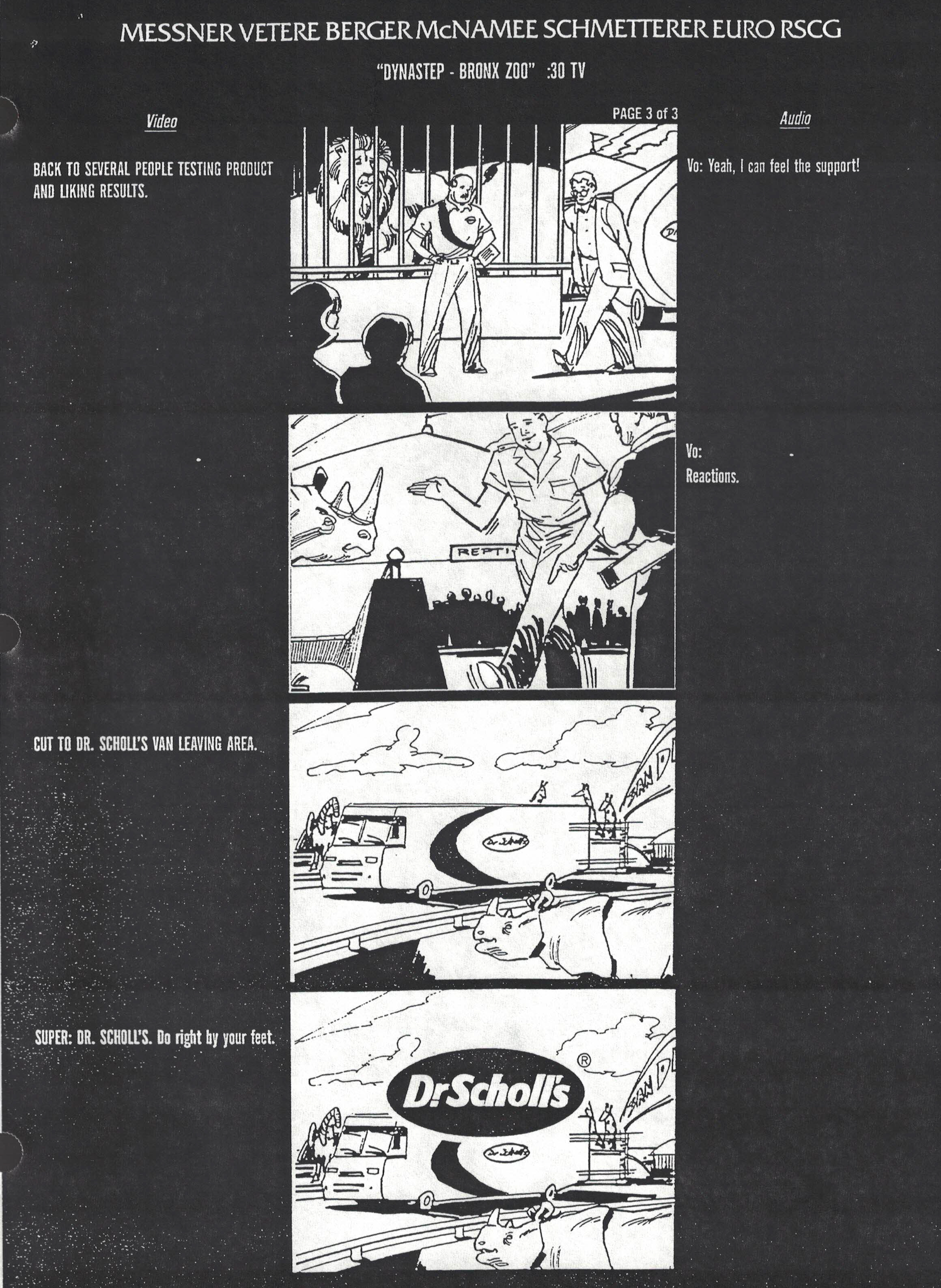 Storyboards (pages 1-3) from production. Note the location changed from the Bronx Zoo to the San Antonio Zoo. Click to enlarge.
Property of the Texas Film Commission.

"One of my earliest jobs as a freelancer in production was on a Dr. Scholl's commercial filmed at the San Antonio Zoo, introducing visitors to the DynaStep inserts," said Katie Kelly, Marketing Specialist at the Texas Film Commission. "Visiting the zoo often with family as a kid, I enjoyed the day long commercial shoot at the San Antonio Zoo as script supervisor. It was early in Andy Daly's career as well, and he interviewed visitors about back, knee and foot pain and after a twelve plus hour day of filming I think most of the crew, myself included, were sold on buying some DynaStep inserts. My freelance career spanned twelve years and I moved between the various production sectors; commercial, feature and television projects as my schedule permitted. "

The commercial production sector today continues to provide steady employment for Texas crew and vendors between film and television productions. Some crew in fact only work the commercial sector and make a steady living at it. 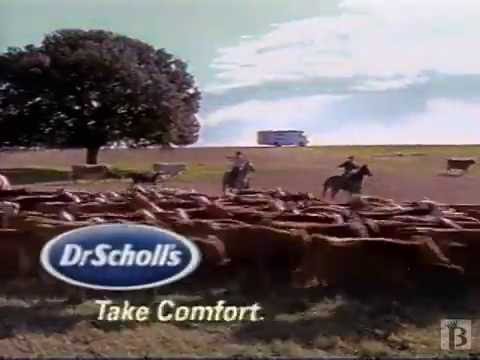