April 1981 | This month in TFC History: The April 1981 edition of the 'Film Texas!' features Sundance Productions of Dallas retained by EUE/Screen Gems for the Chrysler Corporation to videotape a 30-second spot for the Super Bowl. In addition to Chrysler, and Dick Clark Productions, Sundance Productions was contracted by the Video Information Network (VIN). The newsletter notes:

The Video Information Network (VIN), a brainchild of Dallas entrepreneur John Niland, has contracted with Sundance to produce its entire catalog of programming. The VIN produces special features vignettes on subjects ranging from fashion and garment manufacturing business, to sports related spots such as the NFL Alumni Golf Tournament, to “how-to” studies on Little League football, photography, etc. for the software hungry marketplace. 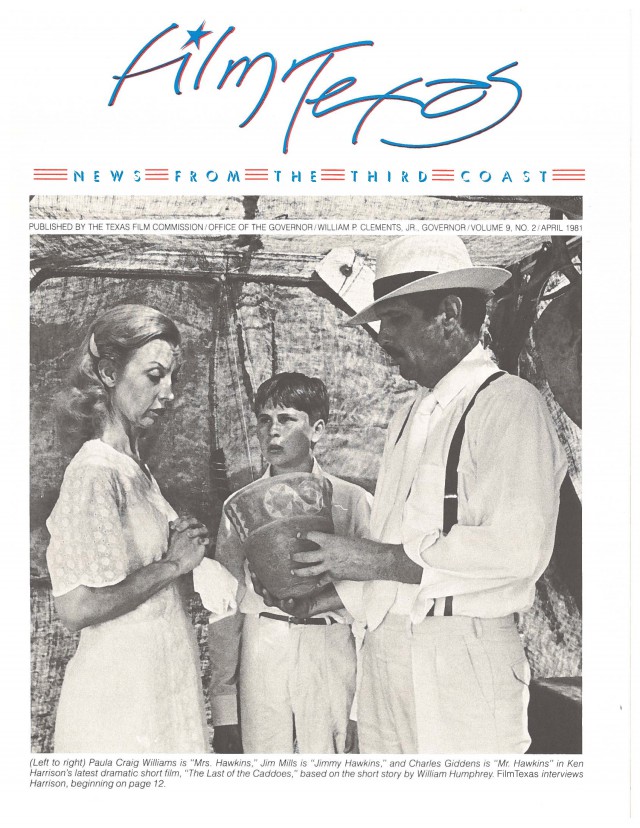