June, 1996 | Way back in the summer of 1996, the Texas Film Commission received a letter from a Bonnie and Clyde superfan, mailed to us from a place just a bit outside our typical purview: the Chiba Prefecture of Japan. In their letter, the fan wrote:

"I was shocked so much, and furthermore, I had heard that it really happened in West Texas around 1930s. So if you could, please send me some information about this story." 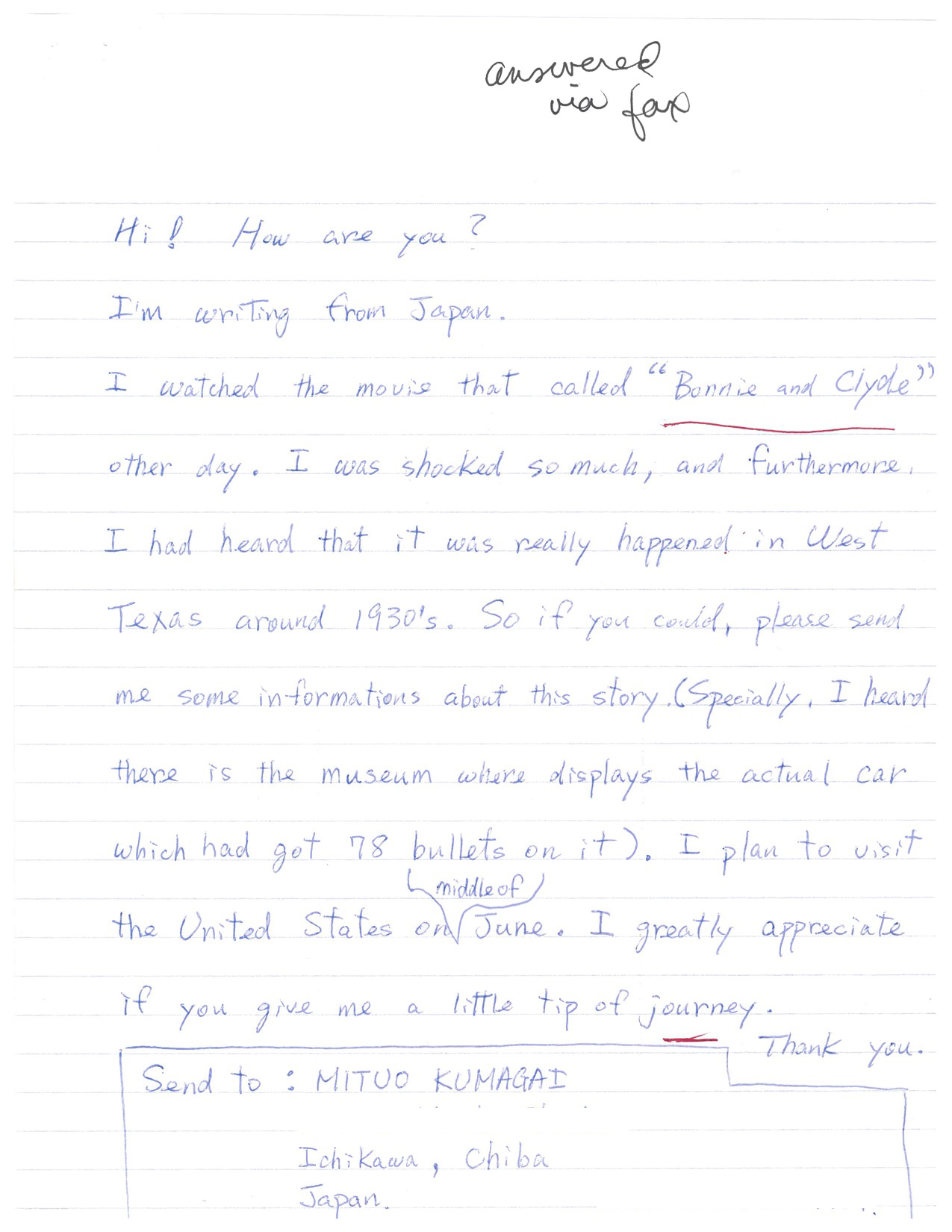 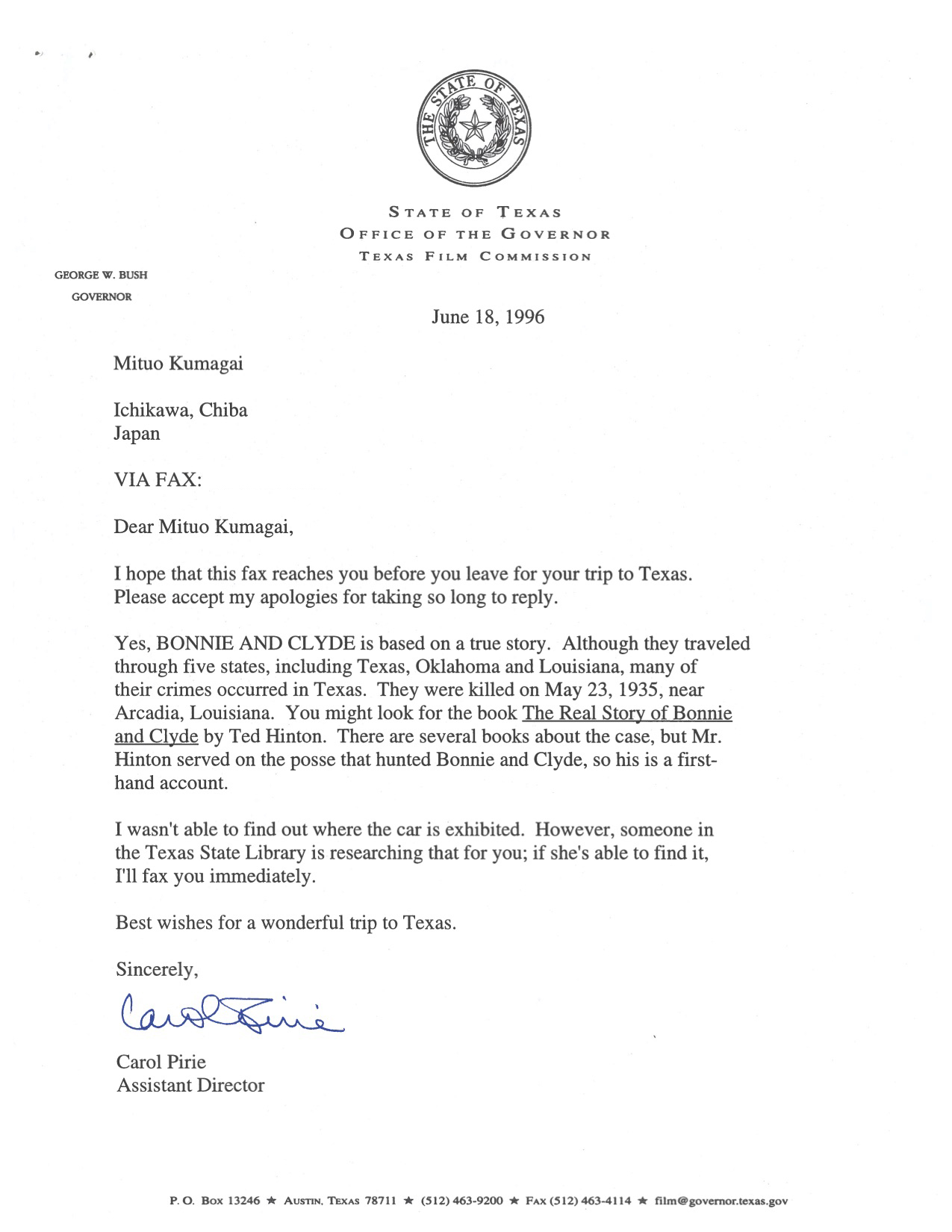 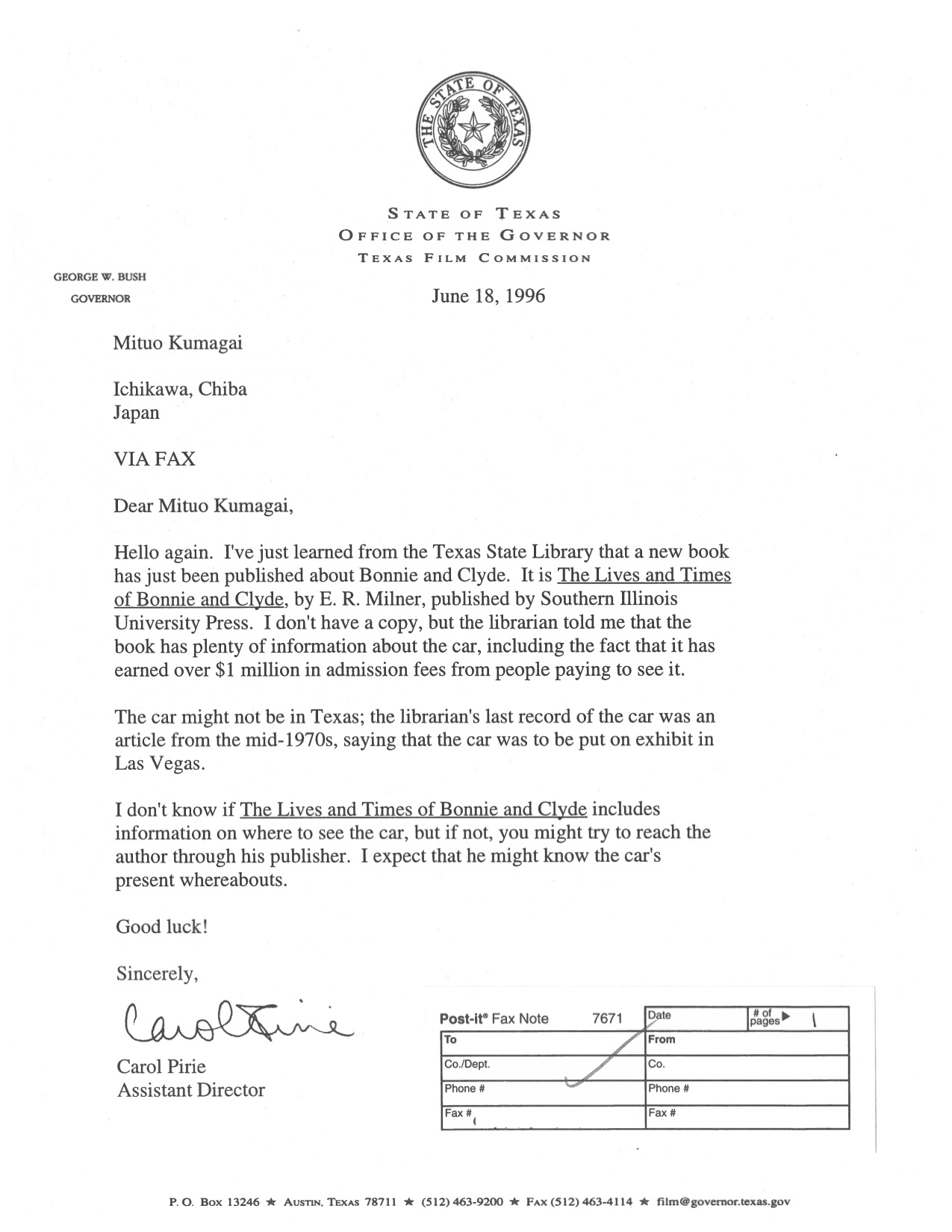 Luckily for Mituo, their letter made it all the way across the Pacific Ocean and landed on the desk of Assistant Director Carol Pirie, who sent more information. Pirie sent more than one message on the subject back to Japan, recommending different books on the topic and writing:

"I wasn’t able to find out where the car is exhibited. However, someone in the Texas State Library is researching that for you; if she’s able to find it, I’ll fax you immediately."

And followed up that same day, writing again:

"…the librarian told me that the book [The Lives and Times of Bonnie and Clyde] has plenty of information about the car…the car might not be in Texas; the librarian’s last record of the car was an article from the mid-1970s, saying that the car was to be put on exhibit in Las Vegas."

So what does this all add up to, in the end? Simply put: no matter where in the world you might be, we at the Texas Film Commission are ready and able to help!

Find Bonnie and Clyde on our Texas Film Trails 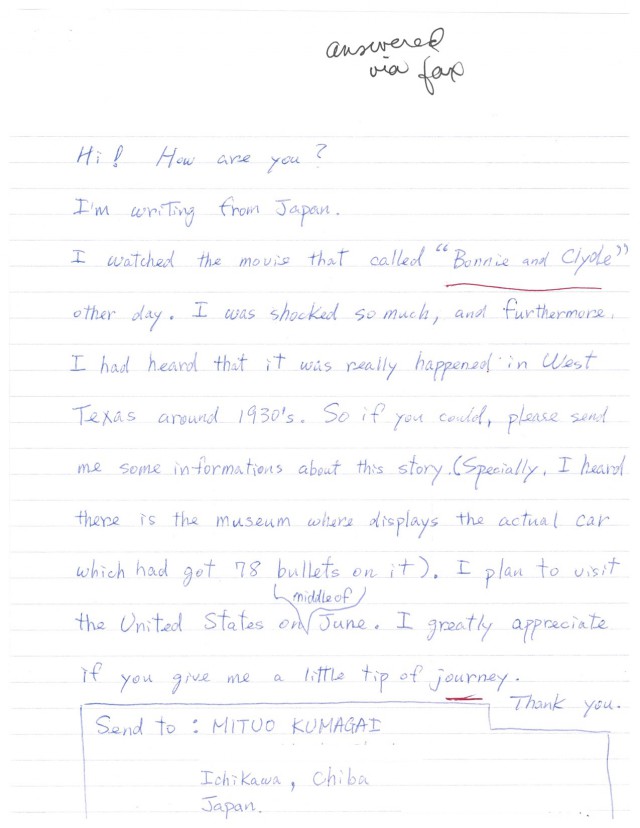