‘The Sugarland Express’ Letter from Producers

April 3, 1793 | The Sugarland Express used a genuine Texas prison as a filming location to set its stage: Jester State Prison in – where else – Sugarland, Texas. For practical reasons, Floresville doubled for the city of Sugarland on-screen; in addition, the production would capture Pleasanton, Richmond, Converse, Del Rio and San Antonio before it was all said and done, all of which also ended up on the screen.

Following the close of principal photography, a letter was published in Variety that recognized the services of the Texas Film Commission from the filmmakers.

We wish to express our sincerest appreciation for the outstanding services rendered by the Texas Film Commission in preparation and principal shooting of our film "THE SUGARLAND EXPRESS."

The letter was signed by director Steven Spielberg and producers David Brown and Richard D. Zanuck. You can almost hear the Texas twang in the final sentence: "We thank y'all very much." 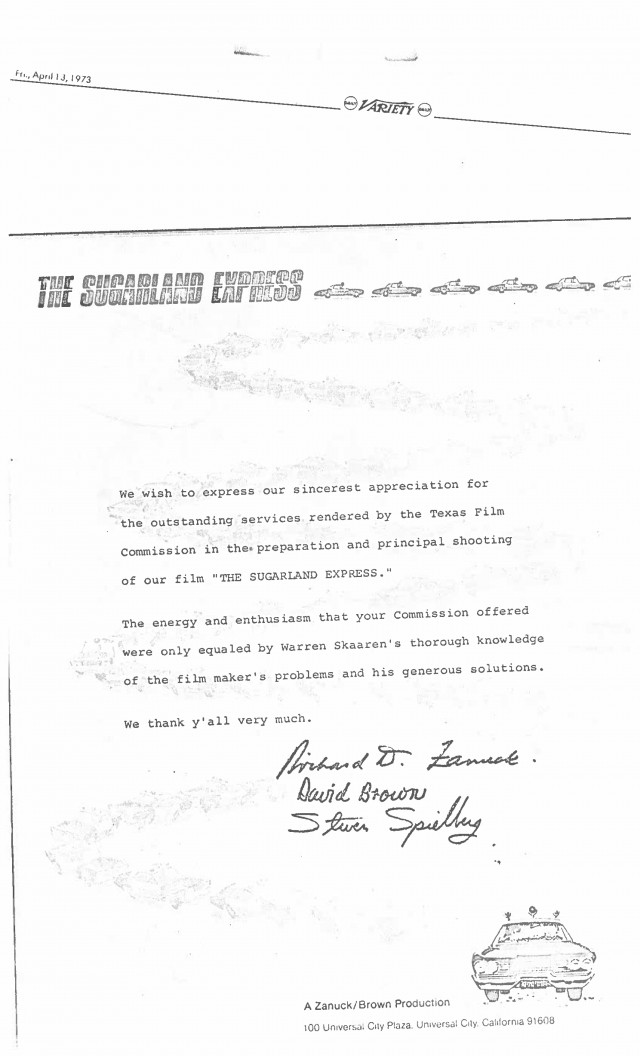