TFC on the Road
(Continued from the September 2017 TFC Newsletter)

On July 28, we attended the opening of Bullock Texas State History Museum's latest exhibit, Pong to Pokémon: The Evolution of Electronic Gaming in Austin. The exhibit explores the past and future of electronic gaming through the player's experience, and features Texas entrepreneurs and innovators, game development and player community leaders, artifact collectors, and more. The exhibit continues through March 2018.

Learn more about the 'Evolution of Electronic Gaming' Exhibit

We also attended the 10th annual Plaza Classic Film Festival in El Paso, which included a screening from the Local Flavor showcase, the region’s largest showcase of independently made shorts, features, animated, documentaries, music videos, and experimental films. Congratulations to the Texas filmmakers whose projects premiered!

Director Richard Pearce and location scout Michael Casey at one of the filming locations.

We partnered with City of Plainview last month to bring together a 25th Anniversary celebration for the feature film Leap of Faith. The production filmed in several towns in the Texas Panhandle in 1992, and director Richard Pearce attended the celebration, which included a tour of filming sites (like the Broadway Brew, featured on our Texas Classics Film Trail) and screening of the film.

Learn more about the 25th Anniversary of 'Leap of Faith'

Two weeks ago, we visited the South Texas International International Film Festival (STXIFF) in Edinburg. The 3rd year fest had its largest attendance to date and included a number of local films and filmmakers in attendance.

The second annual Film Family Labor Day took place on the Capitol Grounds earlier this month. Hosted by IATSE Local 484 Young Workers Committee, the event brought together various crew members of Texas productions. At our booth at the table, we encouraged visitors to sign up or update their listings in the Texas Production Directory. Thank you to everyone for coming by!

Thank you to the Austin Revolution Film Festival for inviting us to participate in the panel discussion "How Can Commissions & Alliances Help Indie Filmmakers." We enjoyed answering the great audience questions and expanding more on how our programs and resources, along with those of our regional film commissions, are available to help indie filmmakers!

Just this week, our Animation & Video Game Liaison participated in the panel "KEEPING AUSTIN WEIRD: How Austin animation breaks the rules, defies the norms, and finds success" at Digital Kids Summit 2017 alongside members of Texas companies Powerhouse Animation, Mighty Coconut, and Rooster Teeth. The panel discussed how Austin continues to attract talent in the animation industry. 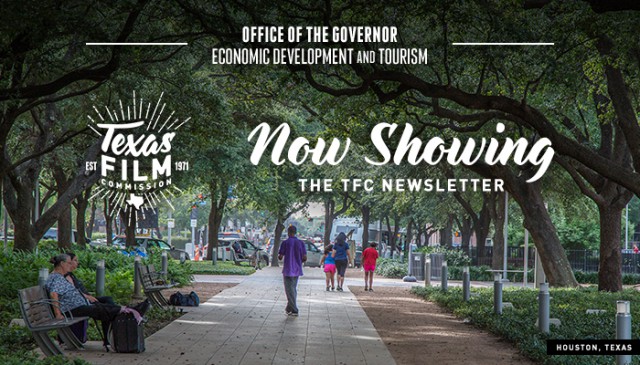