On Set with the Texas Cast and Crew of ‘Miss Congeniality’

July 2000 | Over the course of filming from May to July, the cast and crew of Miss Congeniality spent many hours together and, like most Texas productions, became a close-knit family. One of the traditions of working on a film is the cast and crew photo taken towards the end of production to celebrate the completion of a project.

Working as the Travel Coordinator on the production, I dealt with the logistics of traveling numerous cast and crew throughout the production from Texas to California and New York,” said TFC Marketing Specialist Katie R. Kelly. “The pageant contestants became friends as we navigated schedule changes and flight options. As with any film production, timing and consistency are key elements to making it all come together. 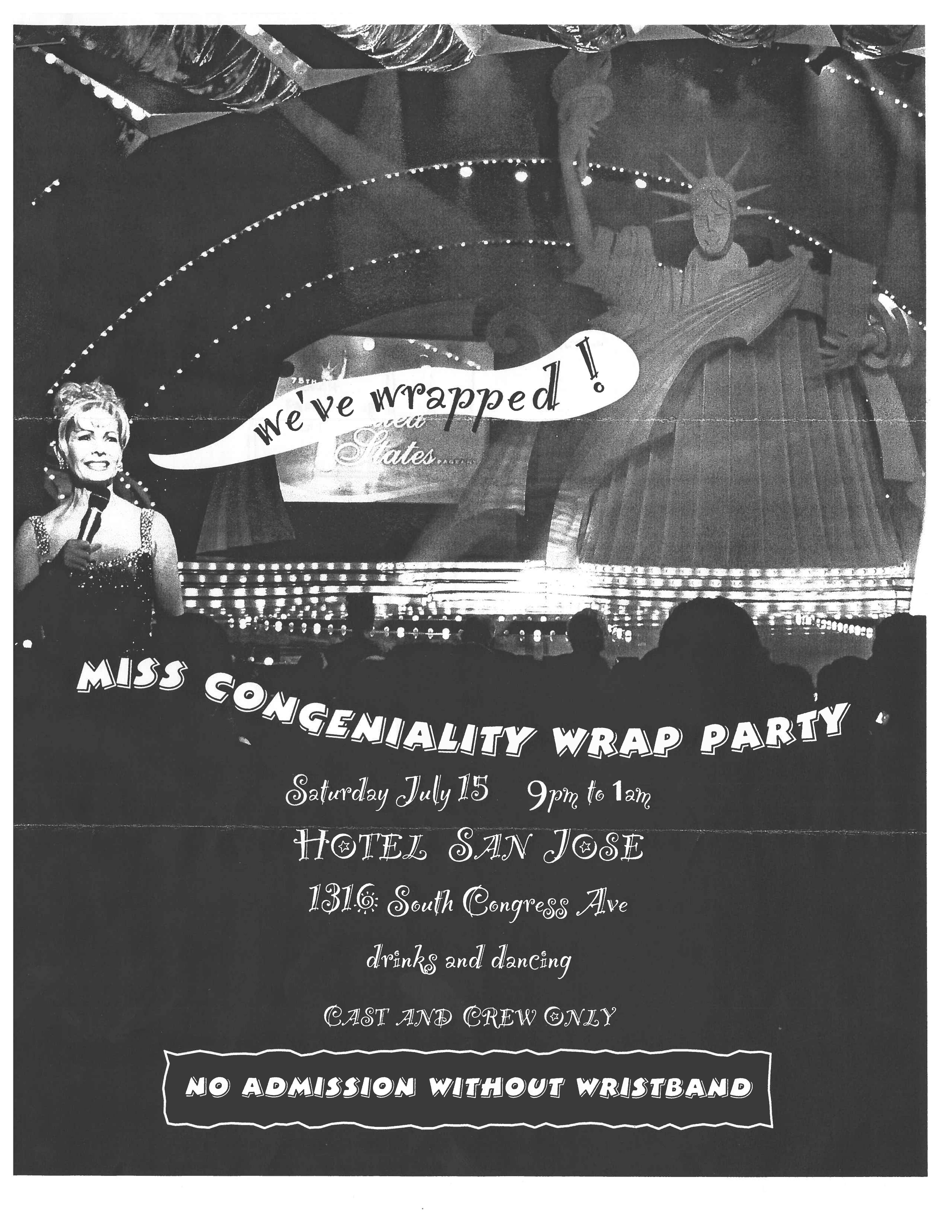 Following production in San Antonio and Austin, Miss Congeniality wrapped production and our film family celebrated at the wrap party at the Hotel San Jose, closing out a momentous production that is still recognized and celebrated to this day. Until the next time! 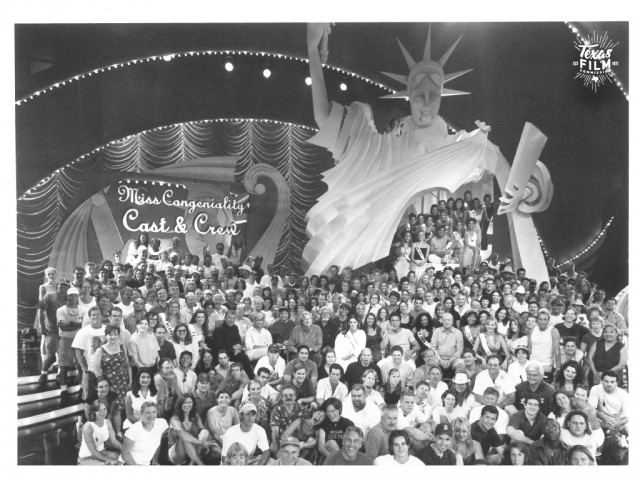