The thrill of having a film production like Hope Floats in your community starts with those first contacts with the location scouts, but really doesn't end when it wraps and the crews and equipment leave town.

What follows next is the excitement of seeing your area come to life in the production. How did they make it look like Sandra Bullock look like she had travelled miles, but had only gone a few blocks? Look how amazing that home looks! Our Main Street looks beautiful! Look at those stuffed cats!

Then comes the tourists anxious to be a part of the movie they enjoyed! They want to see that home and walk those streets. The thrill continues to this day.  – Adena Lewis, Director, Tourism & Economic Development, Bastrop County

Ten years after the filming of Hope Floats the community of Smithville, TX became the first Film Friendly Texas certified community in the newly-launched program of the TFC, which prepares communities to meet the opportunities and challenges of accommodating media production.

With the rise of film tourism over the past decade, the TFC launched a curated series of self-guided Texas Film Trails to recognize the communities that have supported Texas’ place in filmmaking history while also creating a fun new way to enjoy your favorite films. Smithville and Hope Floats are part of the TFC’s Classic’s Film Trail. 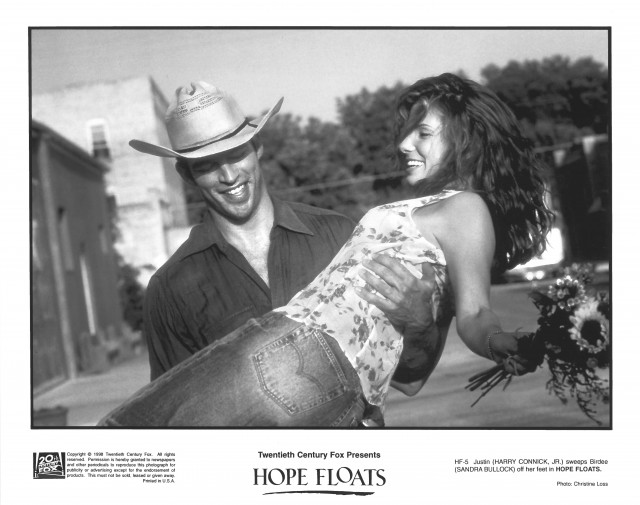