Governor Greg Abbott today announced that the City of Mont Belvieu, having completed the multi-step training and certification process, has been designated as a Film Friendly Texas community by the Texas Film Commission, which for 50 years has helped to grow local jobs and economies by promoting the Lone Star State as the premier destination for film, television, commercial, animation, visual effects, video game, and extended reality (XR) production.

“I congratulate the City of Mont Belvieu on earning the Film Friendly Texas designation and joining more than 150 other Texas communities who have received this recognition,” said Governor Abbott. “As we unleash the Lone Star State’s economic might, I am committed to working alongside all of our communities to ensure they have the knowledge and tools needed to succeed. Through the Film Friendly Texas training and certification process, communities large and small are readied to help match local businesses with production-related needs, creating jobs for Texas-based crew members and local residents, as well as spurring on-site spending at local small businesses. And as the Texas Film Commission celebrates 50 years of service, I am especially proud of all they have accomplished in helping communities like Mont Belvieu market their unique local appeal and achieve economic recovery through media production."

“I want to recognize the City of Mont Belvieu for their Film Friendly Texas designation,” said Representative Ernest Bailes. “This certification is sure to bring further creativity, innovation, and a positive economic impact for the community. Job creation and supporting local business is of utmost importance, and I thank Governor Abbott for furthering those efforts in House District 18. East Texas has so much to offer, and it’s rewarding to assist the film industry in utilizing our dynamic landscapes and rich cultural history.”

“Congratulations to Mayor Nick Dixon and the city leadership who made Mont Belvieu a Film Friendly city,” said Senator Brandon Creighton. “The community is ready to get to work and eager to support projects of all sizes. Filmmakers, producers, and vendors will soon see what a great place Mont Belvieu is to do business.”

“I am proud of the City of Mont Belvieu for this achievement and for joining the ranks of other Texas cities who have earned their designation as a Film Friendly Texas city,” said Representative Mayes Middleton. “This dynamic community is an engine of economic growth in Chambers County and Texas. I applaud the work it has undertaken to earn this designation.”

“We are very excited about the opportunities that come with Mont Belvieu’s Film Friendly Texas certification,” said Brian Ligon, Communications and Marketing Director, City of Mont Belvieu. “This will not only give our growing city the potential to take the spotlight in productions that choose to shoot in the greater Houston area and Southeast Texas, but to also add media production to our stable of economic development opportunities.”

The City of Mont Belvieu joins more than 150 Film Friendly Texas communities that receive ongoing training and guidance from the Texas Film Commission on media industry standards, best practices, and how to effectively accommodate on-location filming activity in their community.

As media production opens in Texas, safety recommendations and resources can be found at gov.texas.gov/film/coronavirus. 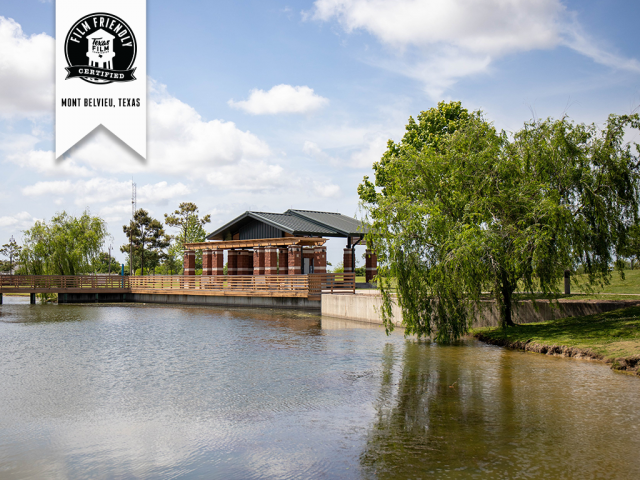