Governor Greg Abbott today announced that the City of Alvin, having completed the multi-step training and certification process, has been designated as a Film Friendly Texas community by the Texas Film Commission, which for 50 years has helped to grow local jobs and economies by promoting the Lone Star State as the premier destination for film, television, commercial, animation, visual effects, and video game production.

“I congratulate the City of Alvin on earning the Film Friendly Texas designation and joining more than 150 other Texas communities who have received this recognition,” said Governor Abbott. “With our focus on unleashing the Lone Star State’s economic might, I am committed to working alongside all of our communities to ensure they have the knowledge and tools needed to succeed. Through the Film Friendly Texas training and certification process, communities large and small are readied to help match local businesses with production-related needs, creating jobs for Texas-based crew members and local residents, as well as spurring on-site spending at local small businesses. And as the Texas Film Commission celebrates 50 years of service, I am especially proud of all they have accomplished in helping communities like Alvin to market their unique local appeal and achieve economic recovery through media production."

“I am pleased to join with Governor Abbott in congratulating Alvin on earning this designation and look forward to seeing future filming opportunities come to this growing city,” said Senator Larry Taylor.

"The City of Alvin has a strong cultural heritage, and I am proud it has taken the steps needed to receive this designation,” said Representative Ed Thompson. “I believe doing so will allow the city to proudly display its storied history while also providing new jobs to the community."

“Alvin offers several unique places and is the perfect location since it is only an hour drive from Houston and Galveston,” said Athlyn Allen, Convention & Visitors Bureau Coordinator, City of Alvin. “The Film Friendly Texas program has given us the knowledge and confidence to push out what Alvin has to offer to the film industry and helped us learn of new revenues for economic development.”

The City of Alvin joins more than 150 Film Friendly Texas communities that receive ongoing training and guidance from the Texas Film Commission on media industry standards, best practices, and how to effectively accommodate on-location filming activity in their community. 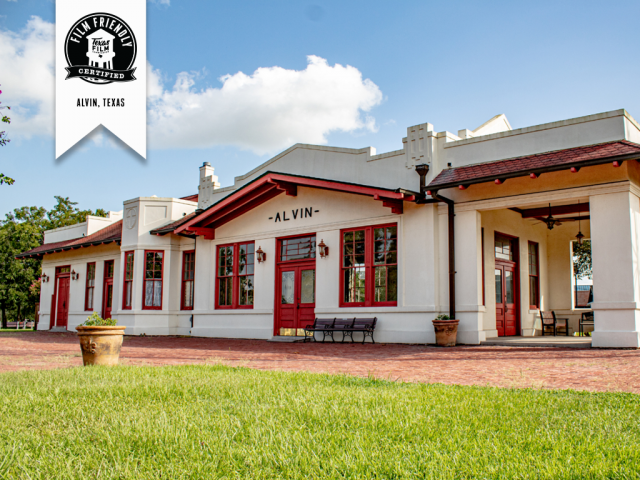