AUSTIN – Governor Greg Abbott today announced that Bastrop County, having completed the multi-step training and certification process, has been designated as a Film Friendly Texas community by the Texas Film Commission, which for 50 years has helped to grow local jobs and economies by promoting the Lone Star State as the premier destination for film, television, commercial, animation, visual effects, and video game production.

“I congratulate Bastrop County on earning the Film Friendly Texas designation and joining its member cities of Smithville — the first Film Friendly Texas community ever certified — as well as Elgin and Bastrop,” said Governor Abbott. “With our focus on unleashing the Lone Star State’s economic might, I am committed to working alongside all of our communities to ensure they have the knowledge and tools needed to succeed. Through the Film Friendly Texas training and certification process, communities large and small are readied to help match local businesses with production-related needs, creating jobs for Texas-based crew members and local residents, as well as spurring on-site spending at local small businesses. And as the Texas Film Commission celebrates 50 years of service, I am especially proud of all they have accomplished in helping Texas communities to market their unique local appeal and achieve economic recovery through media production."

“I am thrilled that Bastrop County has earned the Film Friendly Texas designation,” said Senator Sarah Eckhardt. “With this designation comes good-paying jobs and the opportunity to celebrate what it means to be a Texan. I look forward to Bastrop and Central Texas continuing to expand its role as the epicenter for film and TV here in Texas. It’s about time Bastrop County got its close-up on the big screen!”

“Last session I was proud to work with Bastrop County leaders and residents to officially designate Bastrop County as the Film Hospitality Capital of Texas,” said Representative John Cyrier. “For decades, the residents of Bastrop County have opened their homes, businesses, and properties to film productions of all sizes, forming relationships with industry professionals. I congratulate Bastrop County on earning the well-deserved Film Friendly Texas designation and look forward to seeing it featured in future productions.” 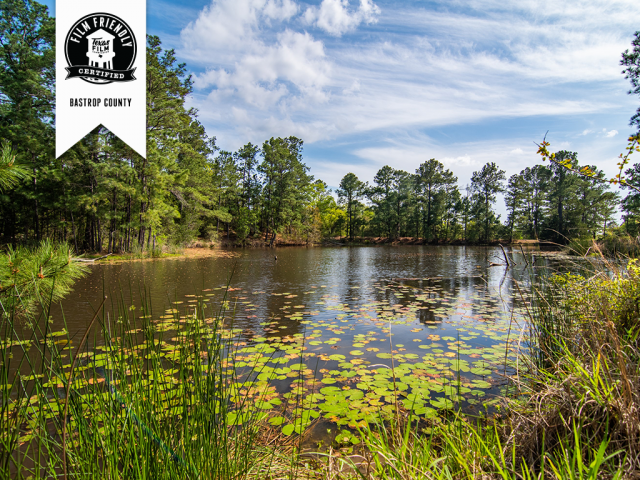