The target audience for this workshop is Texas community representatives who will serve as the community’s point-of-contact for facilitating film requests. Most communities choose a member of their city or county government, Convention and Visitors Bureau, Chamber of Commerce or Economic Development Corporation.

The Film Friendly Texas Workshop in Bastrop is being held in partnership with Bastrop County, Visit Bastrop and the Bastrop Chamber of Commerce.

Registration is limited to 50 attendees. A reduced lodging rate is available at a hotel near the workshop venue.

Registration for this workshop is now closed. 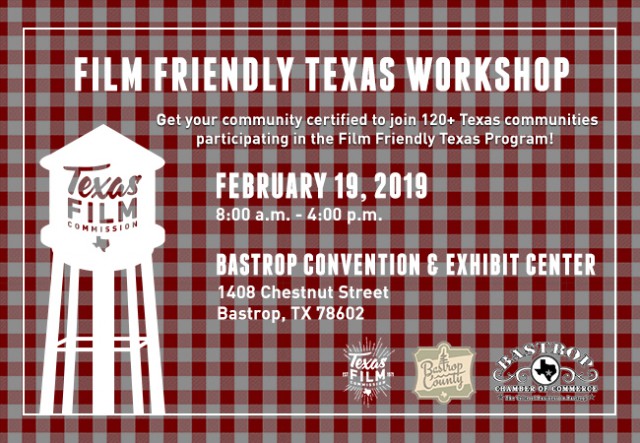