May 1980 | This month in TFC History: The May 1980 edition of the 'Film Texas!' shines the spotlight on Battle Creek Brawl, starring Jackie Chan, and Jose Ferrer and takes us back in time to Battle Creek, TX circa 1930.  The newsletter notes:

Battle Creek Brawl had a budget of about $3 million and used predominately Texan crew.  Rob Jessup of Dallas was the Director of Photography. This marks the second time Fred Weintraub has come to Texas to shoot a film.

View the May 1980 Film Texas Newsletter 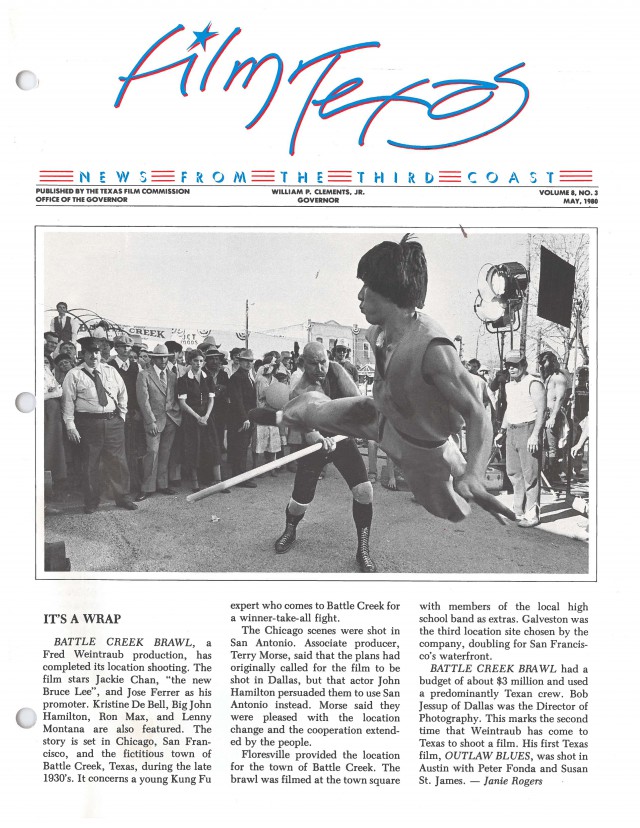