December, 1972 | As the Texas Film Commission began to establish itself and the production community presence, the office recognized two goals: to attract media production from outside the state to Texas locations, and to encourage the growth of the indigenous Texas production industry. Thus, the need for a comprehensive industry resource book was necessary.

...it has been clear from the outset that more hard information is needed about the Texas industry. That information must be readily accessible and totally reliable. It should be presented in a fashion that encourages Texas "packaging"... if presented in the right manner, that information can suggest using Texans from start to finish in all phases of production. Such a grid of information can also be used to increase communication between members of our own industry in Texas. 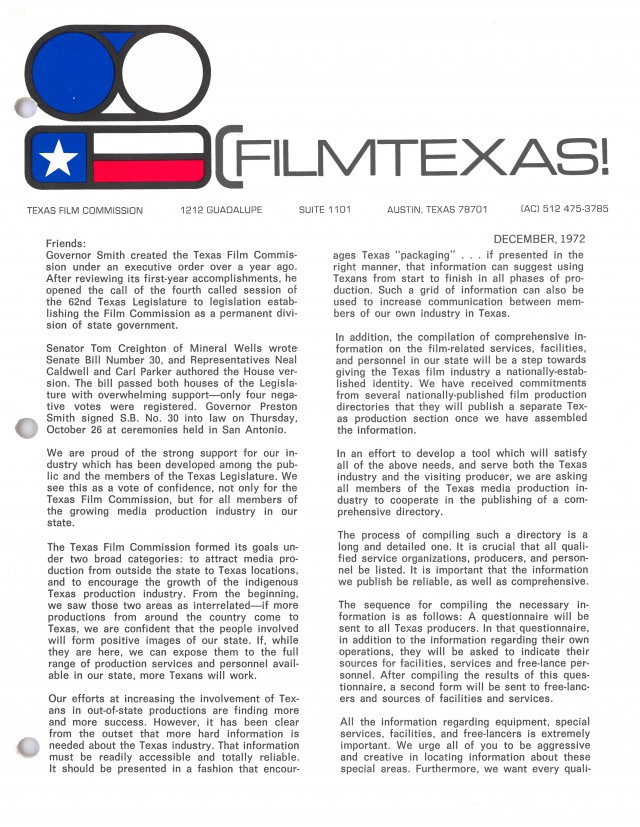