Governor Greg Abbott today announced that the City of Boerne, having completed the multi-step training and certification process, has been designated as a Film Friendly Texas community by the Texas Film Commission, which for 50 years has helped grow local jobs and economies by promoting the Lone Star State as the premier destination for film, television, commercial, animation, visual effects, video game, and extended reality (XR) production.

“I congratulate the City of Boerne on earning the Film Friendly Texas designation and joining more than 150 other Texas communities who have received this recognition,” said Governor Abbott. “As we unleash the Lone Star State’s full economic might, I am committed to working alongside all of our communities to ensure they have the knowledge and tools needed to succeed. Through the Film Friendly Texas training and certification process, communities large and small are readied to help match local businesses with production-related needs, creating jobs for Texas-based crew members and local residents, as well as spurring on-site spending at local small businesses. As the Texas Film Commission celebrates 50 years of service, I am especially proud of all they have accomplished in helping communities like Boerne market their unique local appeal and achieve economic recovery through media production."

"It is an honor to represent the hardworking Texans who live in the beautiful city of Boerne," said Senator Donna Campbell. "The film industry spurs great fiscal growth across a variety of markets and I am excited to see how this industry will build upon Boerne's already successful local economy. Congratulations to the City of Boerne for being officially designated a Film Friendly Texas community!"

"The City of Boerne is a truly desirable location for film and video art professionals from all over the state and nation,” said Representative Kyle Biedermann. “This recognition further serves to highlight our district's unique contribution to the culture of Texas. I would like to congratulate Mayor Tim Handren and his staff's work on achieving this designation as a Film Friendly Texas community."

“Boerne’s Film Friendly Texas designation is a great economic development opportunity for the city’s businesses,” said Mary Woods, Special Projects & Events Manager, City of Boerne. “When film crews are here, they will stay in our hotels, eat in our restaurants, shop in our stores, buy our services and take the story of Boerne with them. It also establishes an ongoing partnership between the City of Boerne and the Texas Film Commission who will advocate for Boerne as a filming location. Aside from the beautiful Hill Country setting and historic downtown, we believe one of our best assets is our proximity to San Antonio and its International Airport. That will help us bring people in who in the past may have been more interested in locations around larger cities like Houston or Austin.”

The City of Boerne joins more than 150 Film Friendly Texas communities that receive ongoing training and guidance from the Texas Film Commission on media industry standards, best practices, and how to effectively accommodate on-location filming activity in their community. 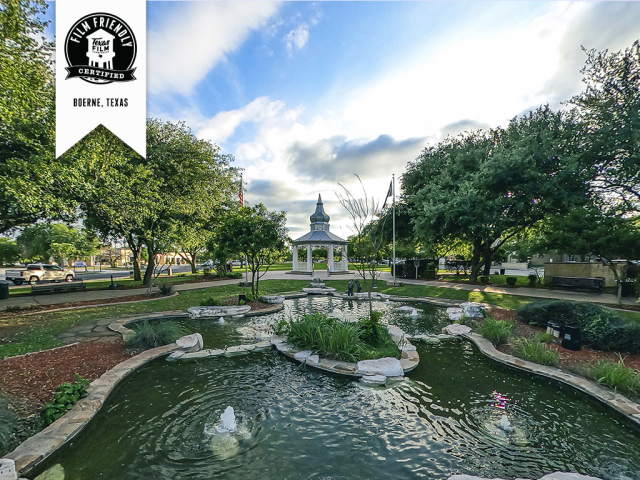