‘The Getaway’ Letter from Steve McQueen

April 19, 1972 | During production of The Getaway in downtown El Paso, Steve McQueen returned a telegram message to Governor Preston Smith, who had wished him a happy birthday which McQueen celebrated during the production. In the letter, McQueen acknowledged the community support that made the production possible.

Everything on our film is coming along fine, except for the usual problems that usually occur whilst making a film. I would, however, like to point out that without the marvelous co-operation of the police and the people of Texas our job would be far more difficult, if not altogether impossible.

The Getaway filmed on location in 1972 across the Lone Star State in El Paso, Huntsville, San Antonio and San Marcos. The film went on to become the eighth highest grossing film of 1973.

The Getaway is one of many classic productions that is revisited in our Texas Classics Film Trail. 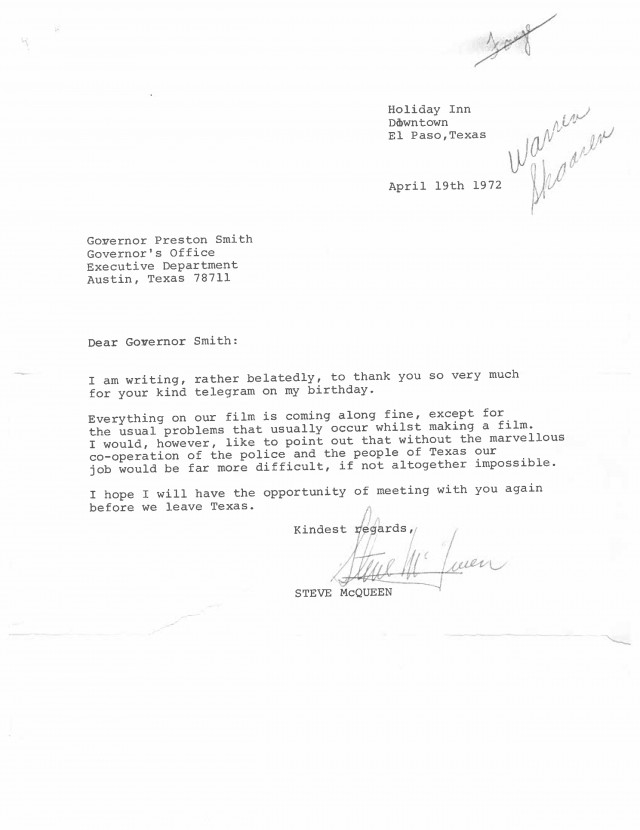