April 9, 2004 | Director (and Texas native) John Lee Hancock dreamed of bringing the story of the Alamo to life on screen for many years, and that dream came true when Touchstone Pictures premiered The Alamo on the big screen in 2004. But before cameras started rolling, John Lee had to recruit a storyboard artist to pre-visualize the director’s concept from imagination to reality. Enter native Texan and storyboard artist Mark Bristol. 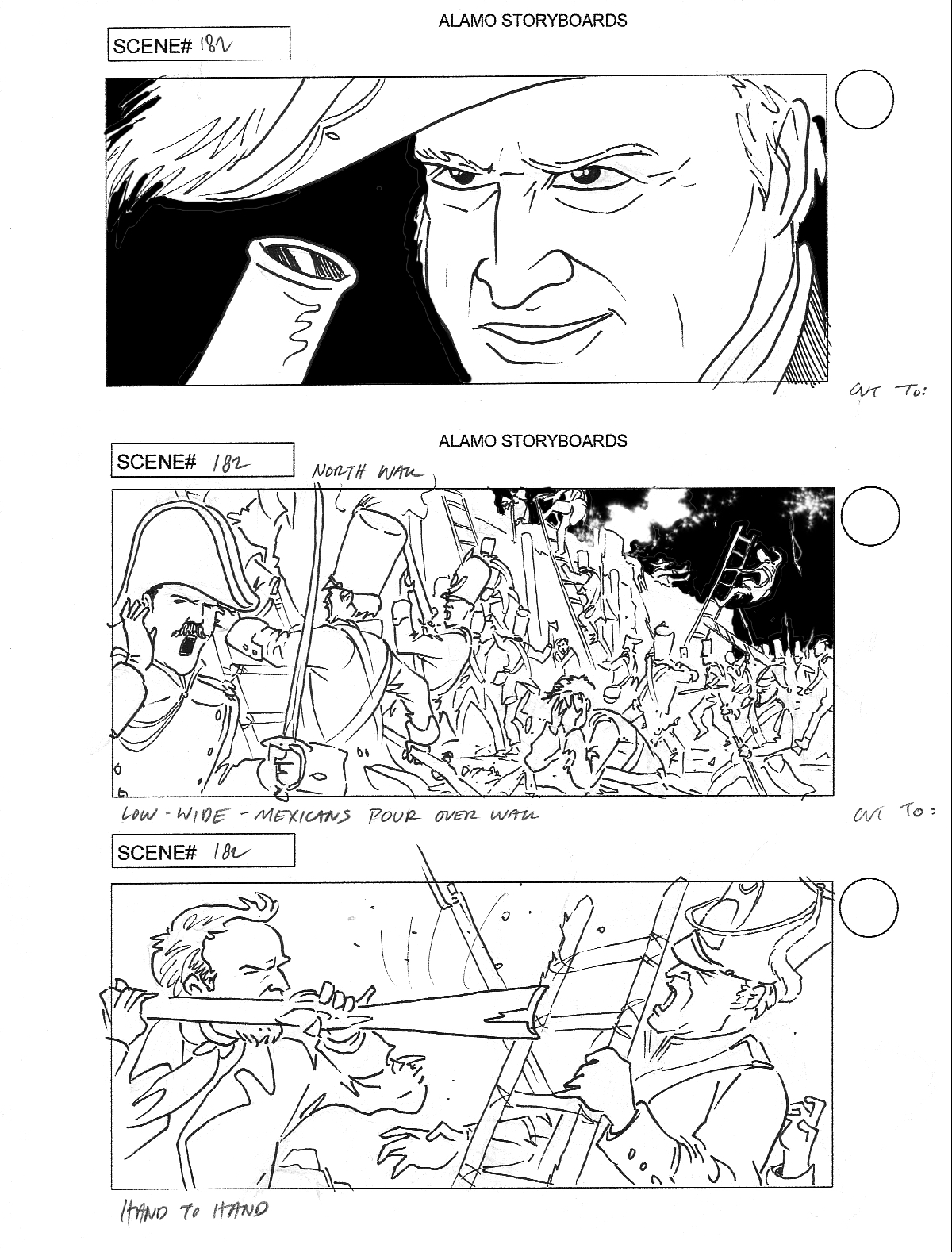 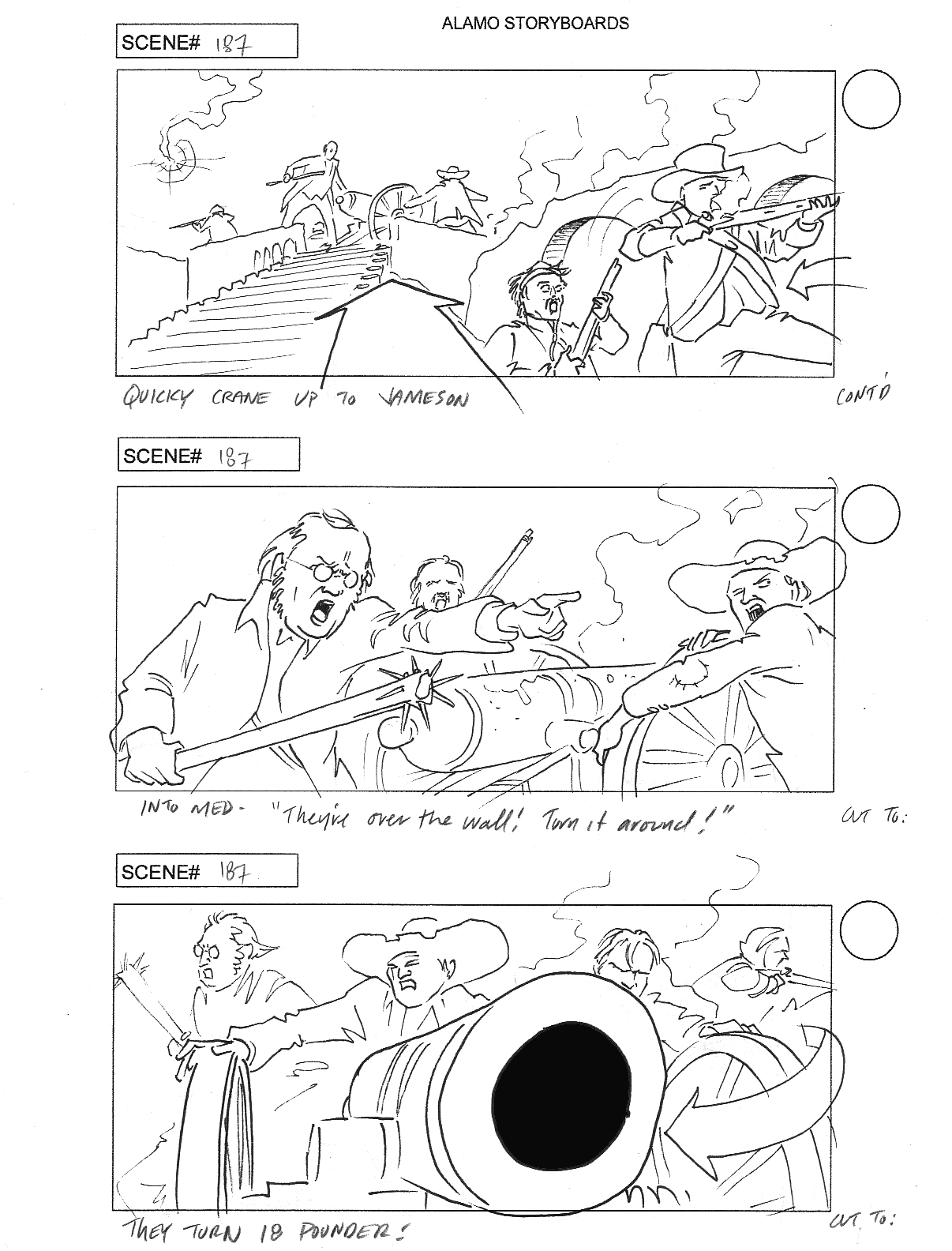 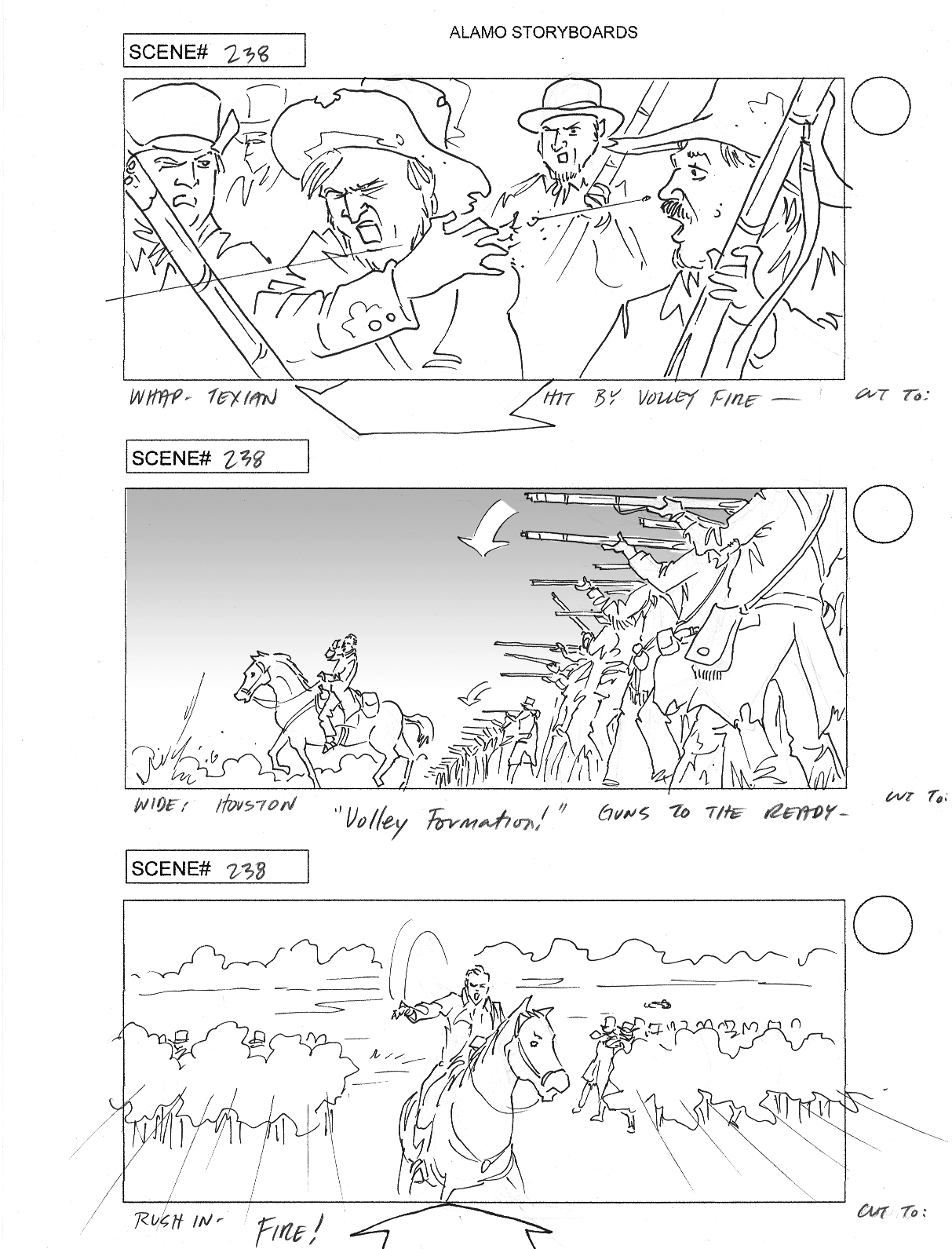 “Working on John Lee Hancock’s The Alamo was a dream project for a Texas-raised filmmaker who loves history. I deeply enjoyed doing all of the research to make sure my storyboards accurately depicted the characters, costumes, weapons and locations from 1836. Since The Alamo, it has been an honor to continue working with John Lee Hancock. He is a phenomenal director who knows exactly what he wants, but thankfully can’t draw a stick figure, so that’s where I step in to help him visualize his films.” – Mark Bristol, Storyboard Artist 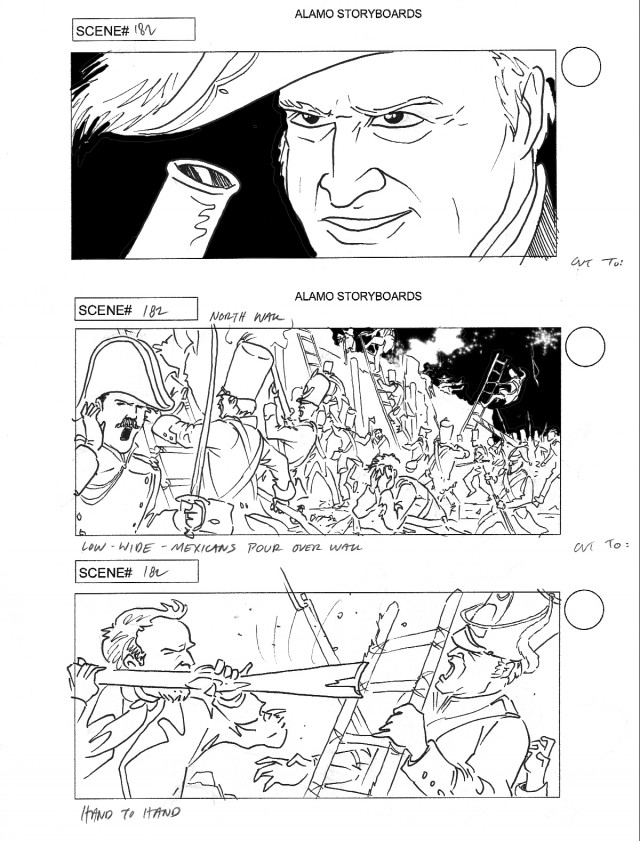