On Set of ‘Dallas’ with the Texas Governor Mark White

July 29, 1985 | Watched by over 200 million people worldwide each year and consistently ranking among the top ten shows for much of its original 14 season run, to say the widely popular Lorimar television series Dallas had an impact on Texas is an understatement. And the Lone Star State understood that - during season eight, Governor Mark White commemorated the enormously positive effect that Dallas had through an official memorandum acknowledging the filming of the series 200th episode, which was broadcast November 15, 1985.

Filmed in August of 1985, Governor White had a small cameo, playing himself as a special guest of Miss Ellie at her benefit rodeo. According to the production, it was the first time a non-actor made a guest appearance on the show.

“I’m happy to be here with you all today,” White said while waving to a pretend rodeo audience as the cameras rolled. 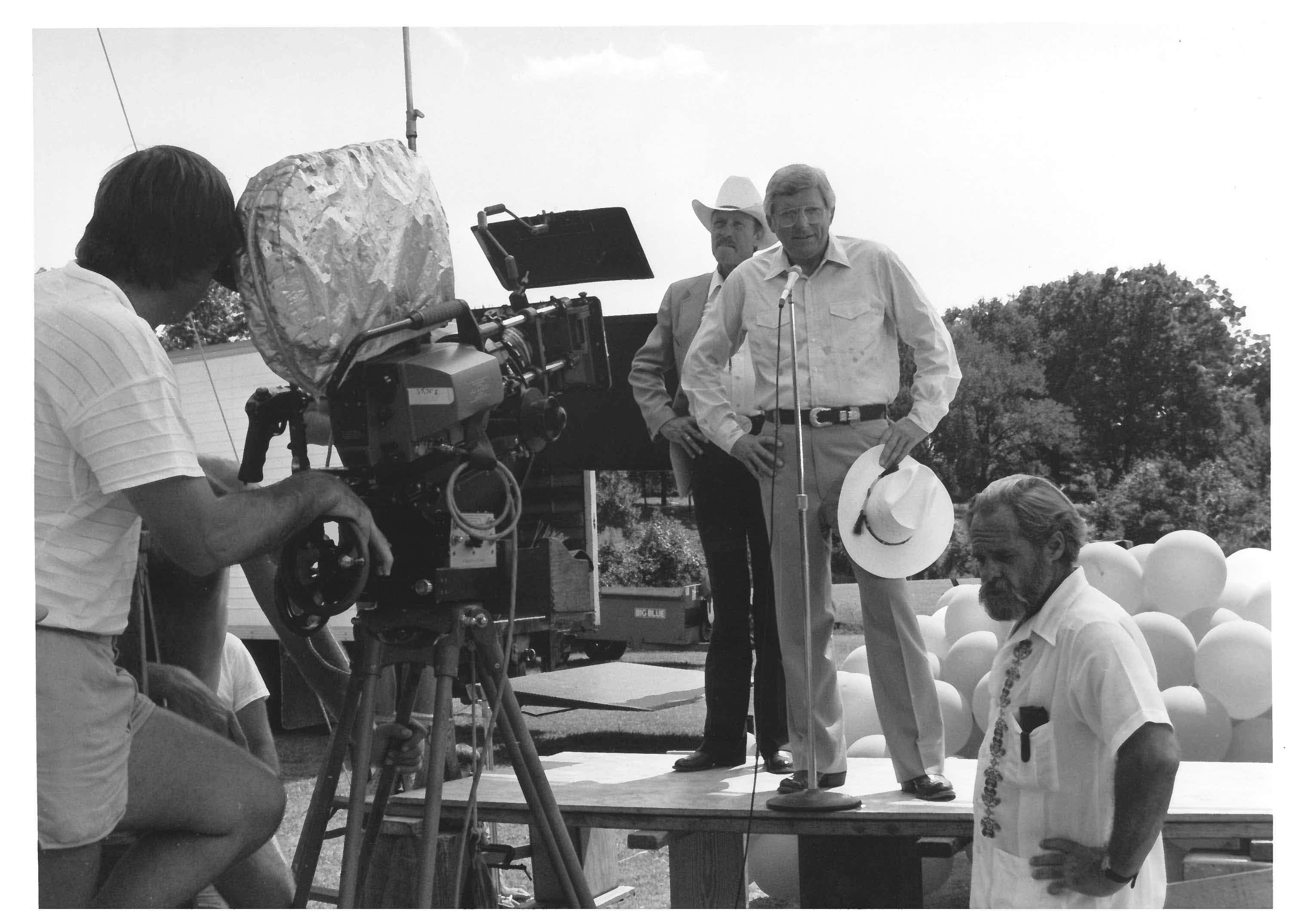 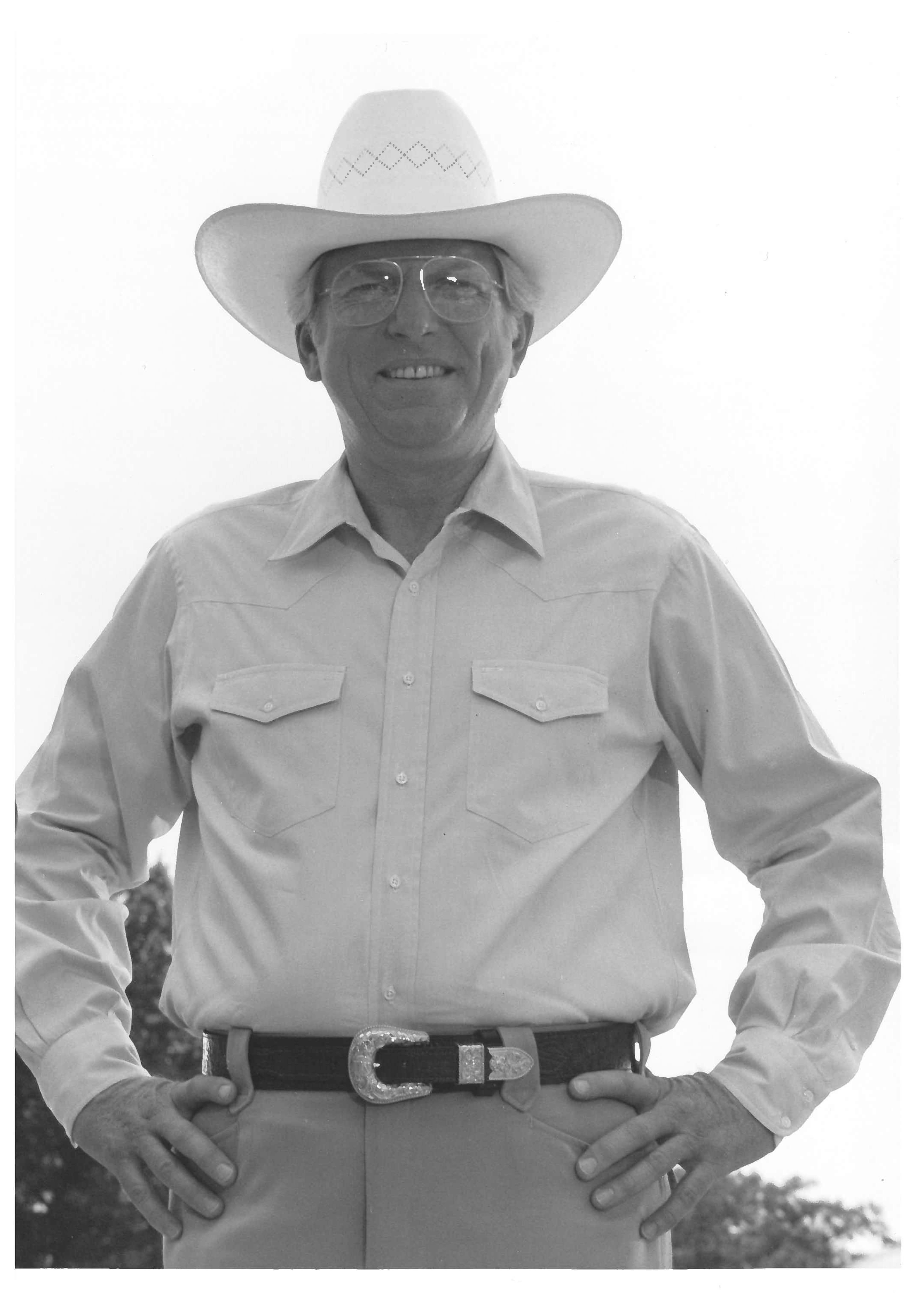 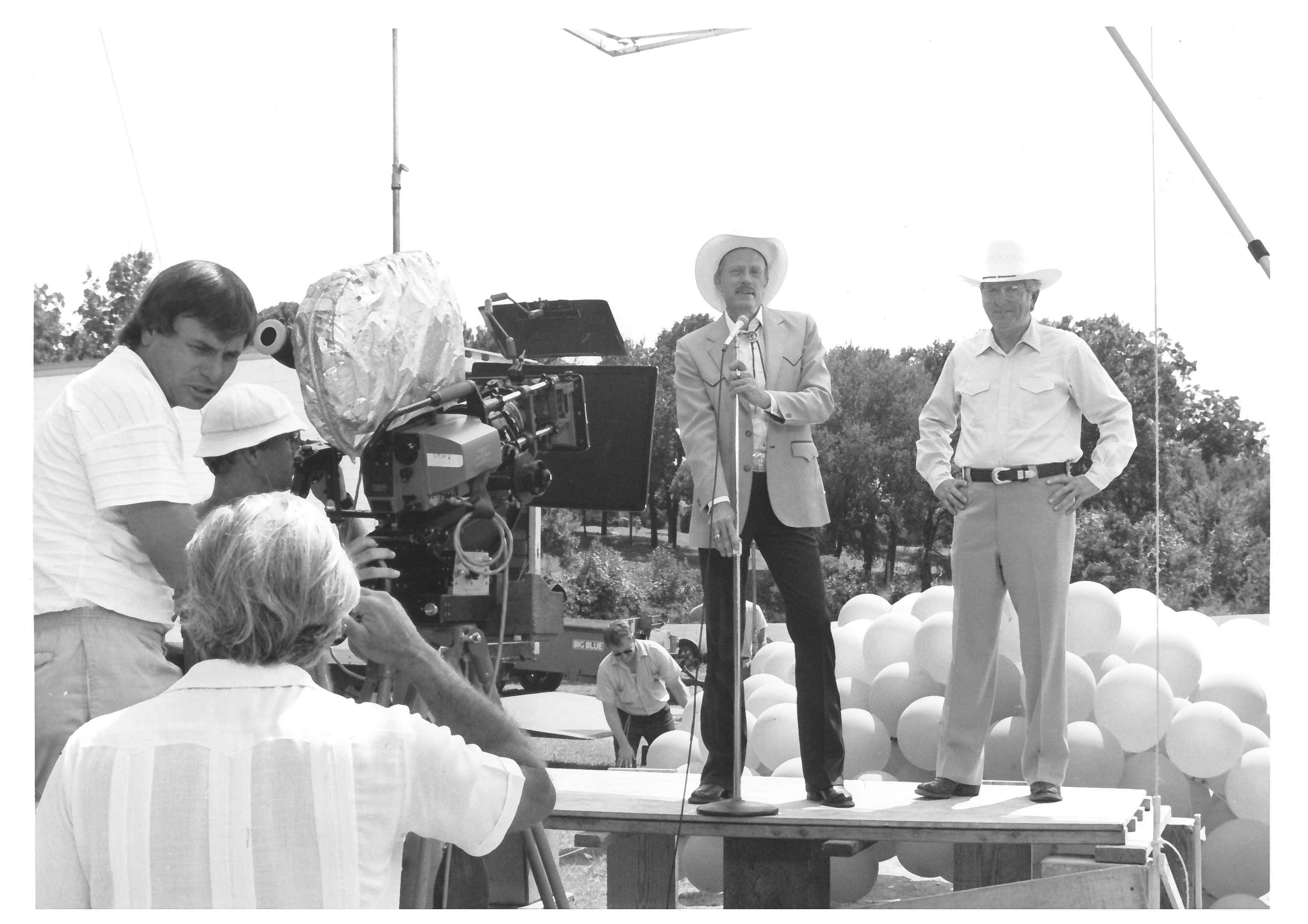 For his work that day Governor White was paid $292.83, which was donated to the non-profit organization Southwest Alternate Media Project (SWAMP). Based in Houston, SWAMP is still in operation today, providing professional development workshops that encourage a diverse, multicultural community to create and appreciate film as an art form.

“You’d better stay glued to your set, or you’re likely to miss my TV debut,” the Governor would later tell reporters. “It will last 20, 30, maybe 60 seconds.”

Dallas was filmed in various locations throughout the city of Dallas, McKinney and at the Southfork Ranch in Parker Texas. 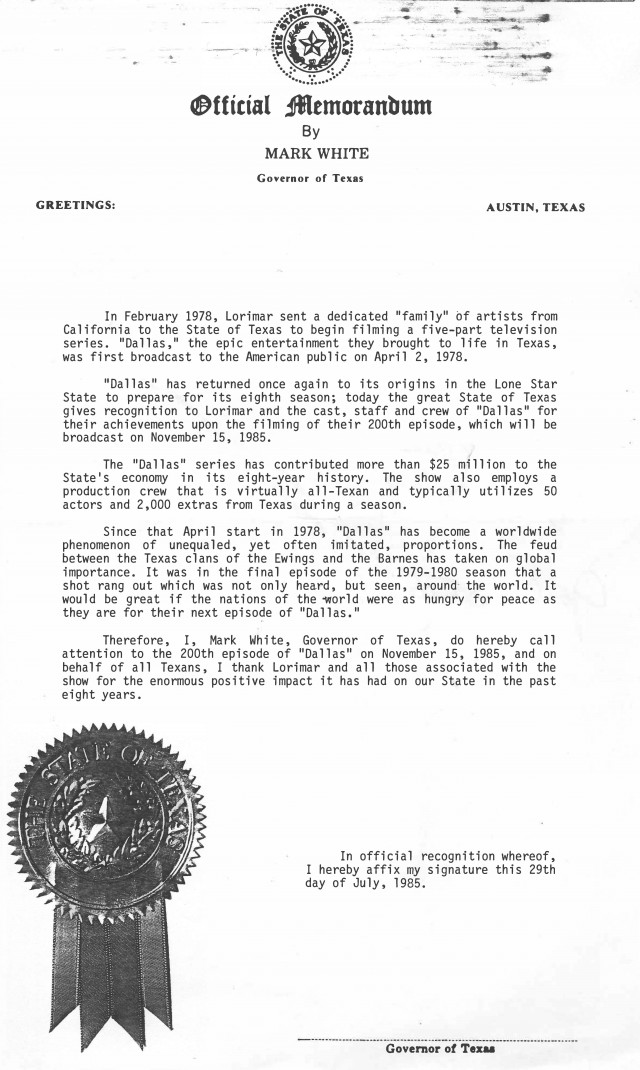