Texas Music Office Programs Specialist Steve Ray has compiled a summer reading book list of various Texas Music books that are certain to be perfect whether relaxing on the beach or under a shady oak tree. From Texas music history, to memoirs by present day Rock 'n' Roll Hall of Fame inductee Kathy Valentine of the Go-Go's (pictured above), there's something for everyone.

Looks Like Rain: The Songwriting Legacy of Mickey Newbury (2021)
by Brian T. Atkinson
Once referred to as the first “hippie-cowboy”, if all you know about Mickey Newbury comes from a verse in “Luckenbach, TX” here’s your chance to find out more about the Houston born songwriter whose influence is still felt in today’s Texas music scene.

[Ghost Notes]: Pioneering Spirits of Texas Music (2020)
by Michael Corcoran, illustrated by Tim Kerr
Profiling Texas musicians from the 1920s until now, Corcoran explores the famous and obscure music of our state. Illustrated with frame worthy portraits by Tim Kerr.

Metro Music: Celebrating a Century of the Trinity River Groove (2021)
by Gene Fowler, William Williams
An expansive look at the Dallas/Fort Worth area music scene from the nineteenth century through the 1960s. Illustrated with nearly five hundred photos, many previously unpublished.

Little Joe No Llore, Chingon! An American Story The Life of Little Joe (2020)
by Ms. Emma Gonzalez
and
The Latinaires, La Familia, Little Joe y mas (2020)
as told to Ramon Hernandez
Last year saw the release of two separate books chronicling the life of the Grammy winning 2019 Texas state musician. You can’t go wrong with either one.

Seeing Stevie Ray (2020)
By Tracy Anne Hart
Photographer and gallery owner Tracy Anne Hart captures SRV in the 80s and 90s along with many of the Texas guitarists who followed in his footsteps.

Why Bushwick Bill Matters (2021)
By Charles L. Hughes
A portrait of the late, complex and often controversial member of Houston’s the Geto Boys. A great companion book to Houston Rap Tapes: An Oral History of Bayou City Hip-Hop by Lance Scott Walker.

The Ballad Of Robert Ealey & His 5 Careless Lovers (2020)
by Joe Nick Patoski
An oral history of the Fort Worth blues scene of the early 70s told by those who lived it. Don’t miss the recently reissued companion album “Robert Ealey and the Five Careless Lovers ‘Live at the New Blue Bird Nite Club’”

All I Ever Wanted A Rock 'n' Roll Memoir (2020)
By Kathy Valentine
Just named as an inductee to the Rock & Roll Hall of Fame with her band the Go-Go’s, Valentine traces her story from growing up in Austin to her career in one of the most successful rock bands of all time and beyond. 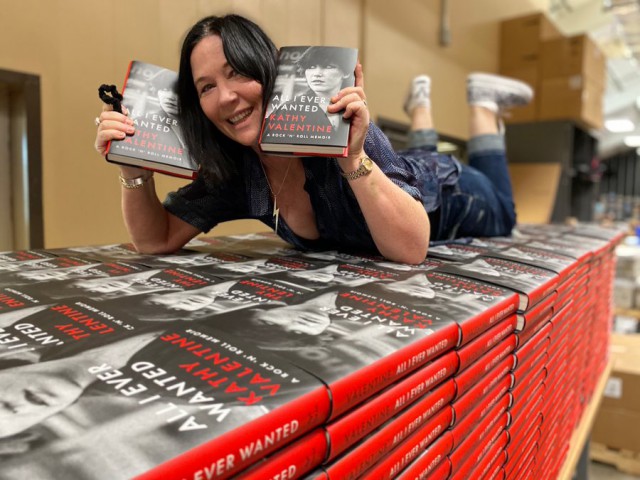