The TMO recently reached out to Texas' Western Swing, Country, Americana and Honky Tonk singer/songwriter Bo Porter in order to have him share some of the music business wisdom his learned over the years, and Mr. Porter was kind enough to draft his thoughts into the following message for us. And now we happily share Mr. Porter's thoughts and wisdom with y'all.

“Bo is possibly the last of the truly talented gentleman Honkytonkers, an authentic breath of fresh air in a scene clogged by bleating wannabes. An all around cowboy as they say back home.” - Mark Rubin, Bassist 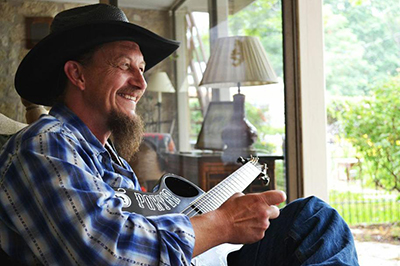 This subject might be a touchy one, but I believe it’s important to talk about breaks, and how to use them to your advantage, and to the venue’s advantage, too. The industry standard is a 15-minute break for every 45 minutes to an hour of play, and when your gig is 3-4 hours long, those breaks give you time to catch your breath, talk to folks, take requests, and sell some merchandise (CDs, shirts, etc.).

But, while break time is certainly necessary, you need to handle your off-stage time as professionally as you do your on-stage time. Abusing the agreement you have with the venue can have unpleasant repercussions – such as you not getting hired again!

Taking longer than reasonable breaks means your band is cheating the venue, which can also cost you the crowd; audiences tend to leave when there’s no music, and you know that because you’ve been out for a night of entertainment, yourself, a time or two. When the music stops for longer than it should, people tend to leave, so now the venue isn’t making any money, because they aren’t selling food or drinks. Don’t let that be your fault for creating a “dead house."

The truth is, musicians are hired as only part of the entertainment package, the rest of that package being whatever the venue is selling, which is almost always liquor. And before you go getting your feathers ruffled; there is no shame in realizing that while you are an entertainer, you are also a liquor salesman. Remember, George Strait promotes Bud Light, Dale Watson promotes Lone Star Beer, and Jack Daniel’s has both Frank Sinatra and Motörhead reserve whiskeys.

The last thing I want to say about breaks is directed at the “sidemen” in the band: you need to be back on stage first, before your frontman, and there are a couple of reasons for this. First, it’s not the frontman’s job to round-up the rest of the band. The frontman, or woman, is usually busy working the crowd, shaking hands and talking to the people who hired you. Second, and I’ll use myself here, because I know this reason all too well, having the sidemen up there ready to play allows me to break away from lengthy conversations with people in the crowd. Sometimes people think I’m being rude when I say I need to get back on stage, but with the band already up there, I have a legitimate reason.

Band breaks, when it's all boiled down, it simply comes to common sense, and respect. The band respecting the venue and the fans, by giving them what they paid for.

Handle your break time's right, and after awhile, ya' might catch a break!

Till next time,
Adios!

I made reference to Professionalism in the music business on the Songwriters Across Texas TV show the other day. It struck a chord with quite a few folks I know in the business, I have been mentored by some of the best, my dad Reid Porter to start, then Freddy Powers, Pete Mitchell, Stu Schulman, Ray Henning, Jim Stringer, and I have learned by example just watching the pros in the business like Faron Young, Web Pierce, Charlie Pride, George Jones, etc....

One of the things these Pros had in common was the way they presented themselves to the audience. They looked like success because they dressed for success and they dressed their bands as well. When they showed up, you knew they were the band. Faron Young once said and I paraphrase, that if you weren't dress better than you audience, you were underdressed. The people that come to see your show, did so by choice, they chose to spend their time and money coming to be entertained by you and to support you. You as a professional owe this audience respect for there support.

I am personally disappointed by seeing bands get on stage wearing Flip Flops, Cargo Shorts, T-shirts and ball caps. This is not respecting your audience, the establishment you are working for or the profession of Musician/Entertainer. I know the days of fancy suits, with rhinestones all over them are pretty much gone, due to the expense of this type of clothing these days,{ especially on most full time musicians salary}, I won't go any further with that, I'll save it for another time, But you should at least dress better than the sound man for God sake [No offence sound men you got your job, we got ours, they're different] Show respect and you will get respect. I take 3 or 4 shirts for one show here in Texas, I know by the end of the first set I'm going to be drenched, so I go out back and put on fresh "Show Shirt". If you will step up your game, it will be noticed and appreciated and rewarded.