"We will always defend the freedom of speech in Texas, which is why I am proud to sign House Bill 20 into law to protect first amendment rights in the Lone Star State," said Governor Abbott. "Social media websites have become our modern-day public square. They are a place for healthy public debate where information should be able to flow freely — but there is a dangerous movement by social media companies to silence conservative viewpoints and ideas. That is wrong, and we will not allow it in Texas. I thank Senator Bryan Hughes, Representative Briscoe Cain, and the Texas Legislature for ensuring that House Bill 20 reached my desk during the second special session."

House Bill 20 prevents social media companies with more than 50 million monthly users banning users simply based on their political viewpoints. The law also requires several consumer protection disclosures and processes related to content management on the social media sites to which the bill applies. These sites must disclose their content management and moderation policies and implement a complaint and appeals process for content they remove, providing a reason for the removal and a review of their decision. They also must review and remove illegal content within 48 hours. House Bill 20 also prohibits email service providers from impeding the transmission of email messages based on content. 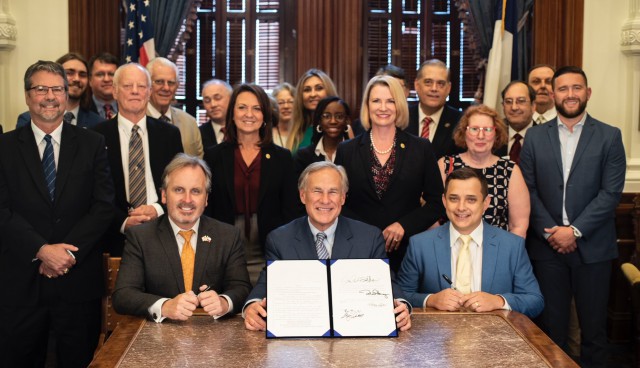